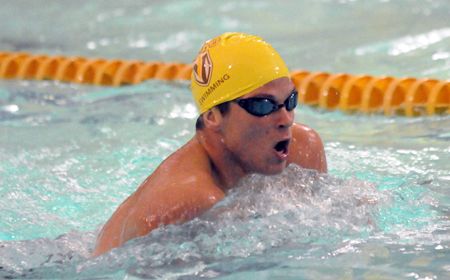 Ganzorigt posted career best times in every event he swam during his senior seasons.  His best event was the breaststroke, where he turned in top times in both the 100 and 200 events at the Horizon League Championships.  A member of the Horizon League’s Academic Honor Roll for each of the last three years, Ganzorigt is an accounting and finance double major.

Hunter missed most of the season due to injury, but returned in time for the Horizon League Championships.  He ranks sixth in school history in both the 100 and 200 backstroke events.  The junior earned spots on the Horizon League Academic Honor Roll the last two seasons as an electrical engineering major.

Rudolf competed in every freestyle event as well as the 100 breaststroke and 100 butterfly for the Crusaders during his rookie season with the Brown and Gold.  He was a member of the Valpo baseball team as a freshman before switching his focus to swimming prior to this season.  Rudolf is a civil engineering major.

The 14-member Horizon League All-Academic Team in men’s swimming was voted upon by the league’s faculty athletics representatives and sports information directors.  To be eligible for Academic All-Horizon League consideration, student-athletes must have a cumulative grade point average of 3.20 or higher and competed at least one year at the member institution.