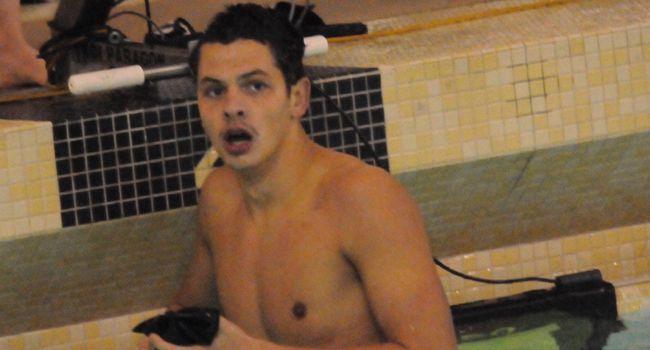 Valparaiso wrapped up the 2011-2012 swim season on Saturday evening with a sixth place finish at the Horizon League Championships held at the Walter Schroeder Aquatic Center in Brown Deer, Wis.

Steve Booth (Saint Joseph, Mich./Saint Joseph H.S.) picked up a point for the Crusaders in the opening event of the day, turning in a season’s best time of 17:59.86 in the 1650 freestyle to finish in 16th place.

Matt King (Clinton, Ill./Clinton H.S.) just missed qualifying for the evening finals by one spot in the 200 backstroke during the morning preliminaries, but still turned  in the sixth fastest time in school history with a mark of 1:58.31.

Trevor Trimpe (New Palestine, Ind./Connersville H.S.) also missed out on qualifying for the finals by just one place in the 200 breaststroke, but still moved himself up on the all-time list.  His time of 2:12.63 was the fifth fastest all-time in school history.  Steven Parker (Fairborn, Ohio/Fairborn H.S.) and Patrick Sandness (Seneca, Ill./Seneca H.S.) both added their collegiate best times as well, finishing in 2:28.70 and 2:29.92 respectively.

Guillermo Aguilar (San Salvador, El Salvador/Colegio Internacional de San Salvador H.S.) led the way in the 200 butterfly for Valpo with a time of 2:01.58.  Thomas Patrick (Hartland, Wis./Arrowhead H.S.) added his best mark of 2:07.41 while Ian Jones (Lexington, Ohio/Lexington  H.S.) also had a career best with a time of 2:14.32.