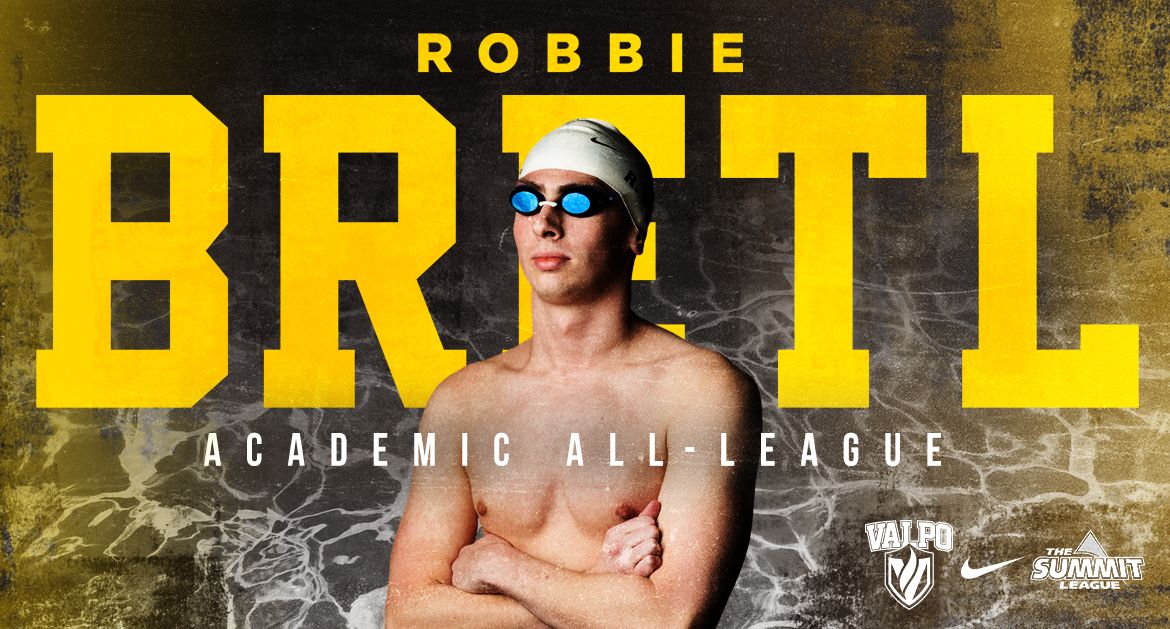 Bretl closed his Valpo career with a strong performance at this year’s Summit League Swimming and Diving Championships, placing 12th individually in the mile and contributing to Valpo’s record-setting 800 free relay team. The senior leaves Valpo ranking among the top-six in program history in the 500, 1000 and 1650 free relays.

In the classroom, Bretl carries a 3.81 cumulative GPA as a history education major. Beyond earning Academic All-League honors for a third straight season, Bretl was a member of the Summit League’s Commissioner’s List of Academic Excellence last year. He also earned the Missouri Valley Conference Commissioner’s Academic Excellence Award, which is open to all of an institution’s student-athletes, regardless of whether the MVC sponsors their sport or not.

To be eligible for the Academic All-League team, a student-athlete must have a cumulative grade point average of at least 3.30 (on a 4.0 scale), completed at least one full academic year at the current institution and participated in 50 percent of their team's competitions. The teams are voted on by Faculty Athletic Representatives and athletic communications personnel from the league's member programs.