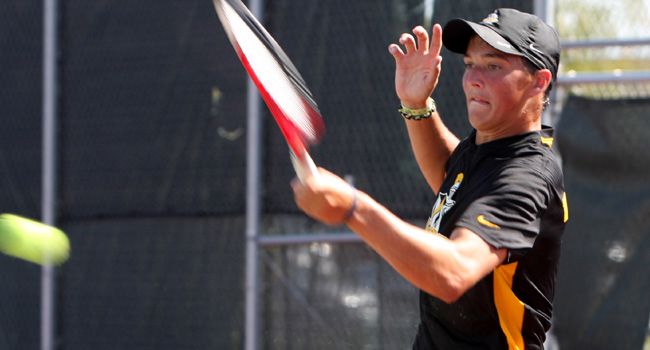 With the win, Schorsch improved to 17-5 in singles play and has won six straight matches. He's also 9-1 in his last ten contests.

As a team, Valpo lost 6-1 but competed with the 29th-ranked team in the nation at a number of singles matches.

The Wildcats won the doubles point with victories at No. 2 and No. 3. Schorsch and sophomore Michael Baiocchi (Naperville, Ill./Neuqua Valley) fell 8-2 before Eric Honert (Arvada, Colo./Ralston Valley) and Lucas Waak (Manitowoc, Wis./Roncalli) dropped an 8-4 decision to Fedor Baev/Strong Kirchheimer at No. 3 doubles.

After he dropped the first set 6-1, Honert battled back against Alex Pasareanu to take the second set to a tiebreak before conceding 7-6.

The Crusaders (7-3) will have a couple weeks off before hitting the road to Orlando for their spring break trip. Valpo has six matches scheduled in a six-day span.