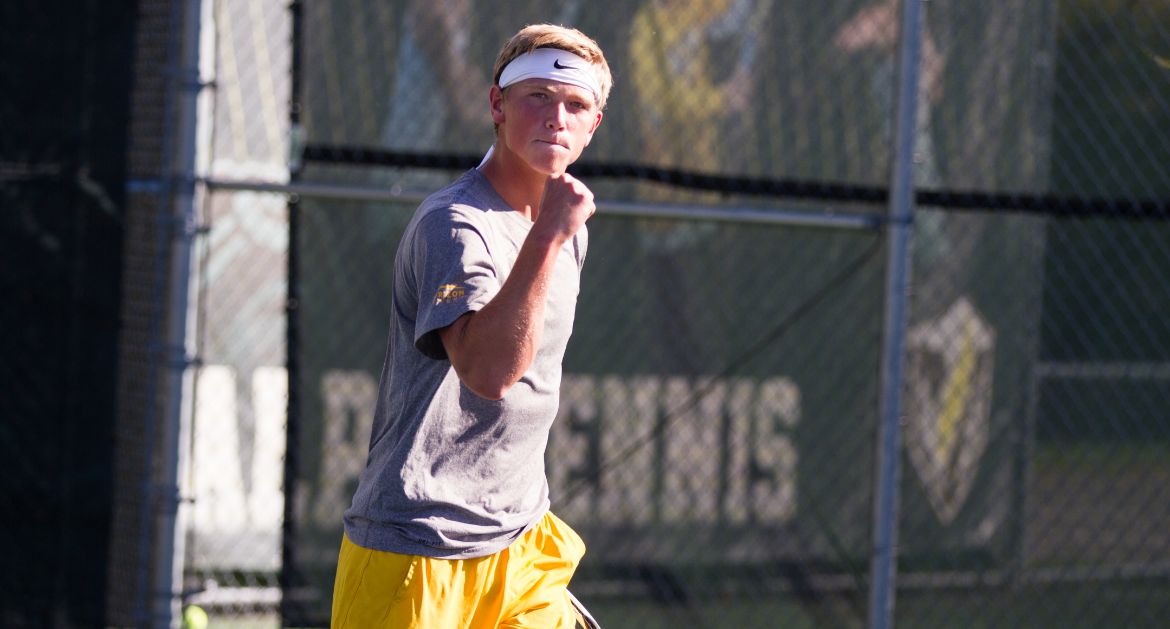 Brian Pecyna is 3-0 this weekend at Purdue and will play in a championship match on Sunday.

A trip to the championship match of the Flight D draw is in store for Valparaiso University men’s tennis redshirt junior Brian Pecyna (Glen Ellyn, Ill. / Homeschooled) after he put together a pair of impressive wins on Saturday at the Purdue Fall Invitational to improve to 3-0 in the tournament. Pecyna is at the forefront of a plethora of successful Valpo players after another solid day in West Lafayette.

Singles will be finished out on Sunday with play beginning at 8 a.m. CT. Then, the remaining main draw doubles matches will be played to conclude the final day of action in West Lafayette.