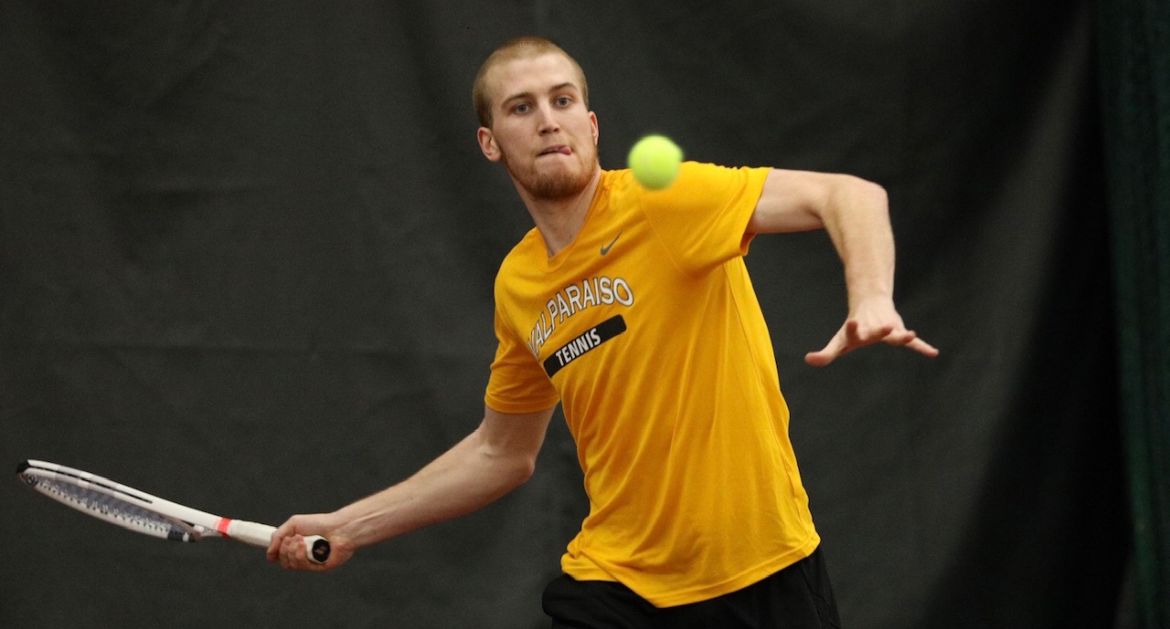 Chad Kissell rolled to a straight-set win at No. 1 singles on Friday.

The Valparaiso University men’s tennis team will head into the Summit League slate riding high after cruising to a 6-1 victory over Eastern Illinois on Friday at Match Point Tennis Club in Griffith. The victory allowed Valpo to bolster its season record to 4-1.

Valpo will head to Denver, Colo. to open Summit League play on Sunday at Denver. The match will get underway at 11 a.m. CT, and live stats will be available courtesy of Denver Athletics. This marks a rematch of last year’s Summit League semifinal that saw Valpo advance to the championship with a dramatic 4-3 victory. The Pioneers won last year’s regular season meeting 4-3.