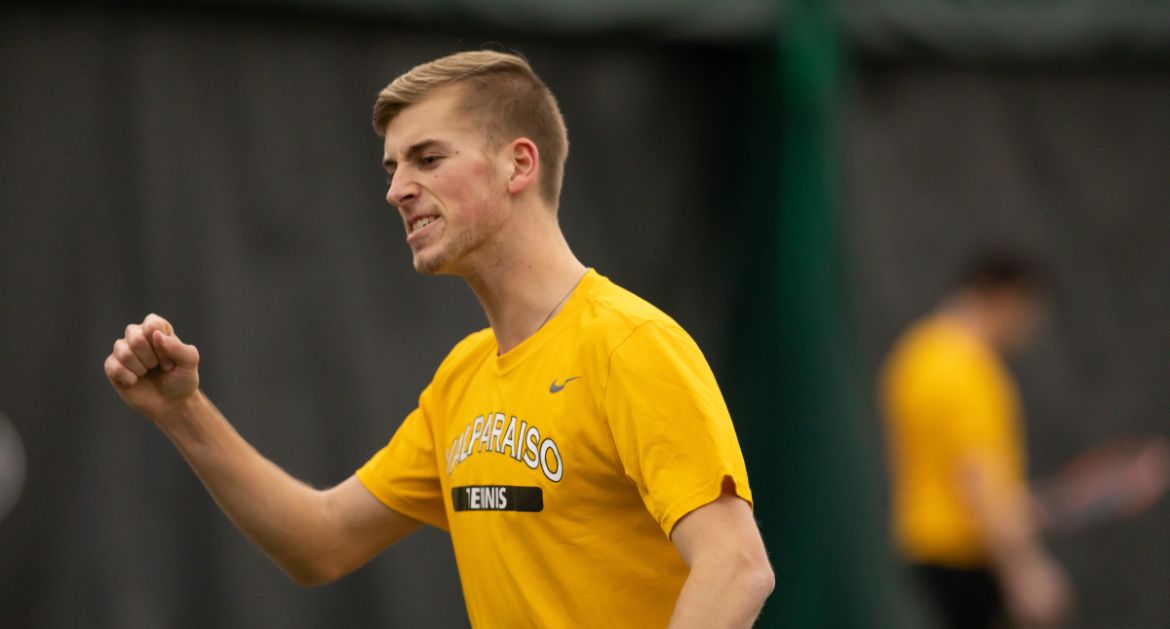 Brandon Ancona snapped a 3-3 tie with his in at No. 2 singles on Saturday.

In the month of March, “All I Do is Win” has become the song that best describes the play of the Valparaiso University men’s tennis team. Those lyrics continued to ring true on Saturday, as Valpo topped instate rival Butler 4-3 in a competitive showdown between two quality teams at Match Point Tennis Club in Griffith.

Valpo will return to league action on Saturday, March 30 at Illinois State for a Summit League match against the Redbirds that begins at 1 p.m.