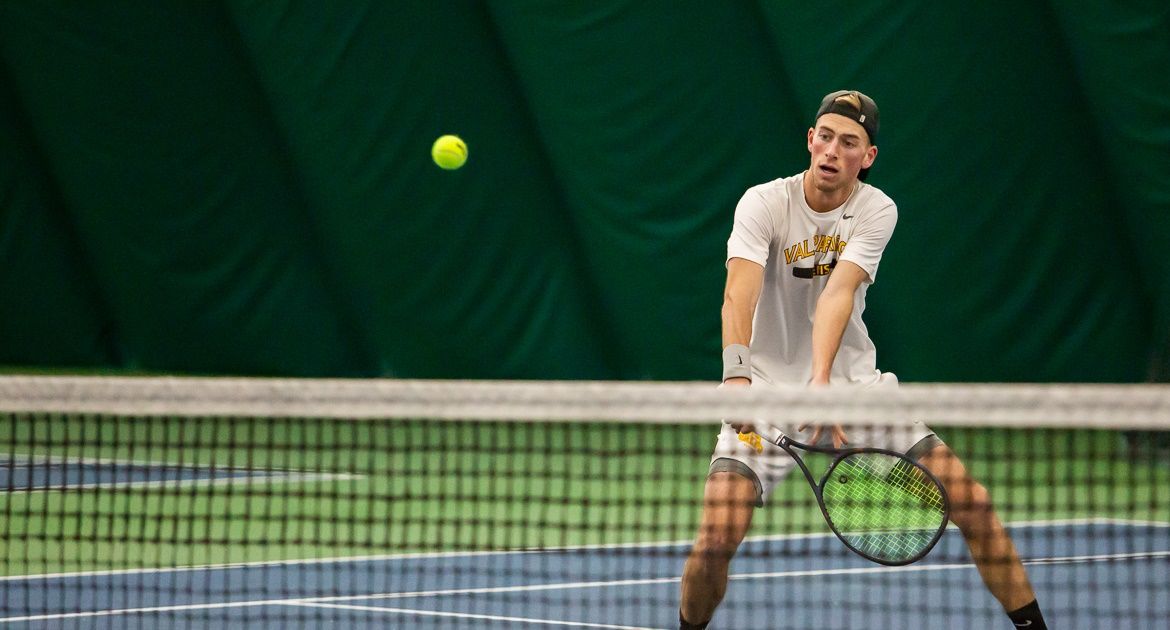 Brandon Ancona moved into a tie for seventh in program history in career singles wins on Saturday.

The Valparaiso University men’s tennis team made it back-to-back victories by garnering a 5-2 triumph over Northern Illinois on Saturday afternoon at The Courts of Northwest Indiana in Valparaiso. The team gained the doubles point and won three of the first four singles matches to finish to secure the triumph in efficient fashion, polishing off a 2-0 weekend that started with a win at Chicago State on Friday.