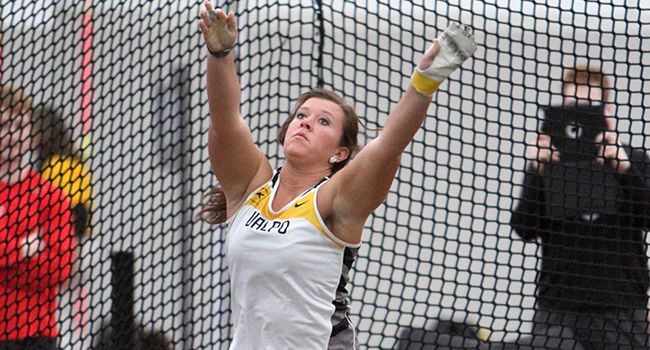 Howdeshell broke her own program record in the discus, throwing for 147’10” – breaking her previous program-best by over two feet. The record-breaking mark was good for fourth-place

Smutz finished fourth in the hammer throw with a mark of 161’4”.

Also competing for the Crusaders was Sarah Peters (LaGrange, Ill./Lyons Township) , who took sixth in the pole vault while setting the second-best mark in program history. Peters’ mark of 11’6 ½” was a season-best for the Crusader women.

The Dr. Keeler Invitational continues tomorrow with additional athletes from both the men’s and women’s track teams competing. Competition is set to begin at 2:00 p.m.