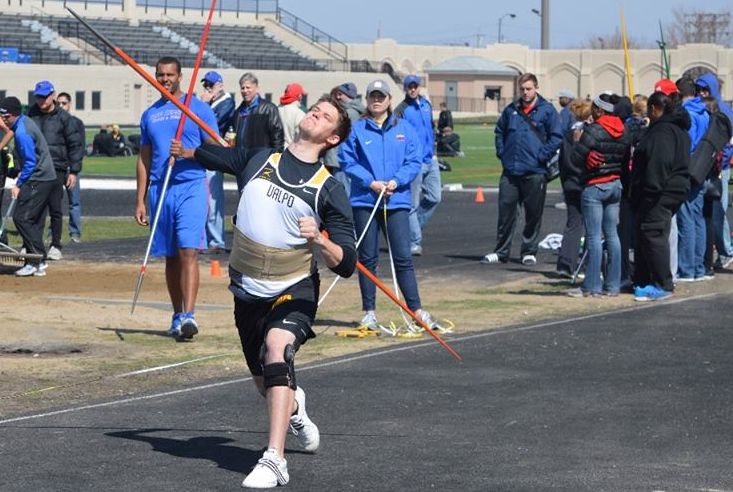 Valparaiso University men’s track and field senior Jeremy Getz (Colorado Springs, Colo.) closed out a great career competing for the Crusaders at the NCAA East Preliminary Round in Jacksonville, Fla. on Friday, unleashing a toss of 191’10” (58.47m) in his second of three efforts at the javelin throw.

Getz, who qualified for the NCAA East Preliminary Round with a school-record mark of 212’9” (64.84m) back on April 11 at the Tennessee Relays, had an initial effort of 169’7” before posting his best mark on his second throw. The final throw of Getz’s career sailed 186’7”. The senior’s mark of 191’10” was good for 40th place in the regional field.

It was the second time in Getz’s career that he earned a trip to the NCAA East Preliminary Round in the javelin, as he previously made the journey as a sophomore. Getz closes his career as Valpo’s record-holder in the javelin throw and placed within the top-three at the Horizon League Championships in each of his four seasons, including league titles as a sophomore and as a senior.

Getz is the first of two Crusaders competing at the NCAA East Preliminary Round, as fellow senior Sarah Drozdowski will close out her career on Saturday in the hammer throw.