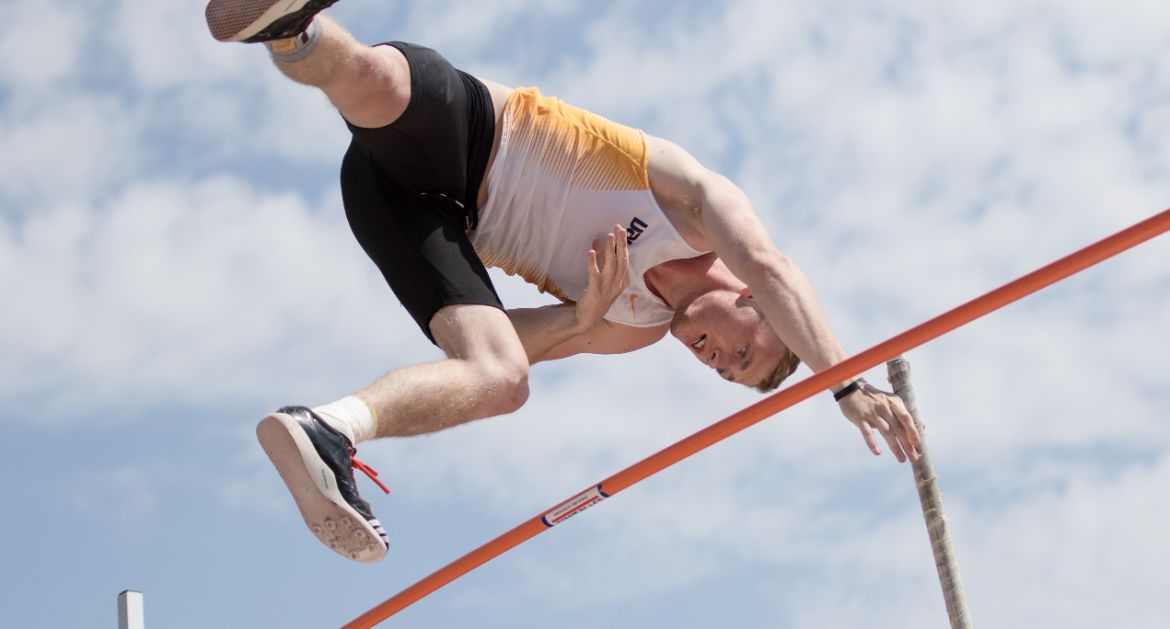 The Valparaiso University men’s and women’s track and field teams played host as they kicked off the 2016 Horizon League Outdoor Championships Friday at Warren G. Hoger Track at Brown Field. Friday’s events included the first five events of the men’s decathlon, the first four events of the women’s heptathlon, and the men’s and women’s pole vault, shot put, javelin throw and 10,000m run.

Owen took first place in the javelin throw, posting a mark of 186’8” to bring in ten points for the Crusaders. Andrew McKissick picked up four points with his fifth-place finish with a throw of 171’3” and Keith Nagel finished seventh with a toss of 162’11”. Adam Bruno paced the pair of Valpo runners in the 10K, crossing the line in 33:05.53.

In the decathlon, Alex Ruscitti started things off by placing fourth in the first event, the 100m dash, with a time of 11.46. Connor Hickey and Owen finished in third and fourth places in the long jump portion with leaps of 21’6” and 20’4 1/2”, respectively. Owen finished third in the shot put with a throw of 37’5”.

Cameron Beisel and Owen each tied for second in high jump with a height of 5’11 1/2”. Ruscitti and Hickey placed second and third in the day’s final event of the first half of the decathlon, with times in the 400n meter dash of 51.46 and 52.11. Overall, Hickey leads the Valpo pack in the decathlon at the halfway point, sitting in third place with a total of 3,160 points.

The women’s team got off to the right start behind Heather Mende and her second-place finish in the javelin throw. Mende reached a distance of 115’7”with her best toss to score eight points for Valparaiso. Sarah Peters cleared 11’8 1/2” to finish sixth in the pole vault.

Nellie Bonham led a pair of Valpo competitors in the shot put, placing tenth with a mark of 38’2 3/4”. Hannah Schilling represented the Crusaders in the 10,000m run, finishing in tenth place with a time of 40:04.88.

After four official events have been scored, the men’s team sits in second place with 34 points, just 12 points off of Youngstown State in first place. The women’s team is currently in seventh place with 11 points, while Milwaukee leads with 33.

Day two of the Horizon League Championships will begin Saturday morning at 9 a.m. with the remaining decathlon and heptathlon events. Field finals start at 3 p.m. with the men’s discus, the men’s long jump and the women’s high jump, while sprint prelims kick off track action at 4 p.m.