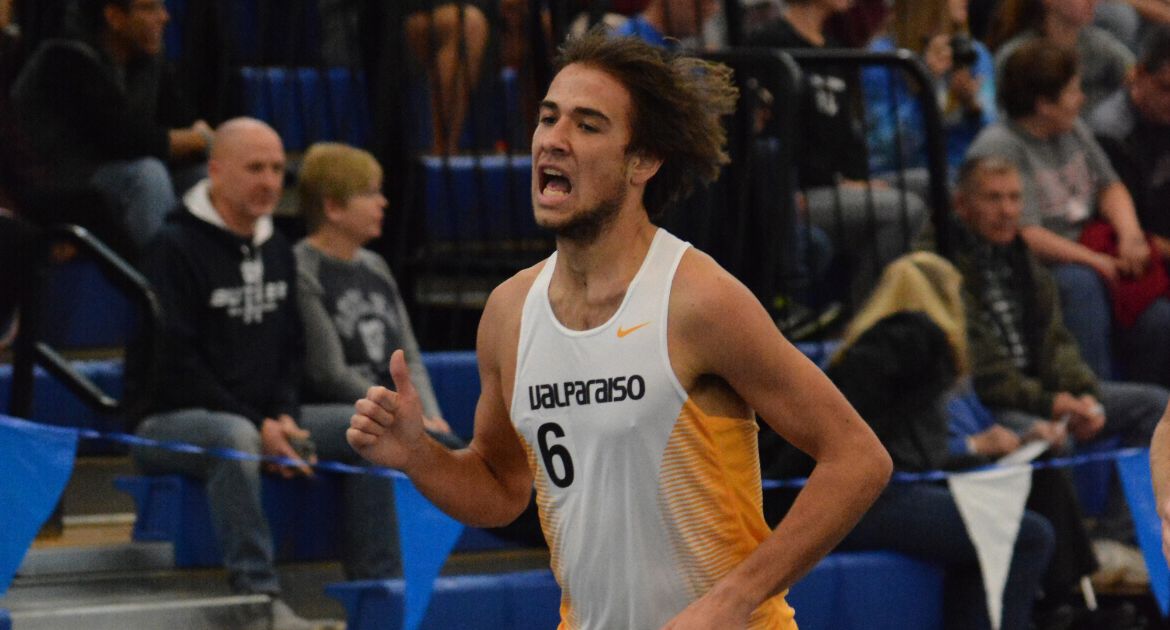 Alexander Bruno broke a 40-year-old school record in the mile on Saturday.

The Valparaiso University track and field teams enjoyed two successful days of competition at the Meyo Invitational hosted by Notre Dame on Friday and Saturday. The Crusaders came away with three new school records and multiple personal bests at the Loftus Sports Center against some of the nation’s best athletes. Leading the way was sophomore Ben Sekuloski (Lowell, Ind./Lowell), who broke a 43-year-old record in the 400-meter dash, and junior Alexander Bruno (Bloomington, Ill./University), who took down a 40-year-old record in the mile. The men’s distance medley relay also put its mark atop the record book.

On Competing Against Top Competition: “I am thrilled at the results from this meet. The Meyo Invitational is one of the best-known track meets in the country. Having the opportunity to take as many athletes as we did and then walk away with performances like that means we are really on the right track as we inch closer to the conference championships.”

On Record-Breaking Performances: “Breaking the 400 and mile records that have stood for so long is really an accomplishment, and these men deserve a huge congratulation on their hard work and efforts. Having success like this means we have to raise our level of expectations as we move closer to the conference championships. I’m confident that this group can continue to rise to the challenge.”

The Crusaders will head south to Bloomington, Ind. to compete at Hoosier Hills hosted by Indiana University on Friday, Feb. 9.