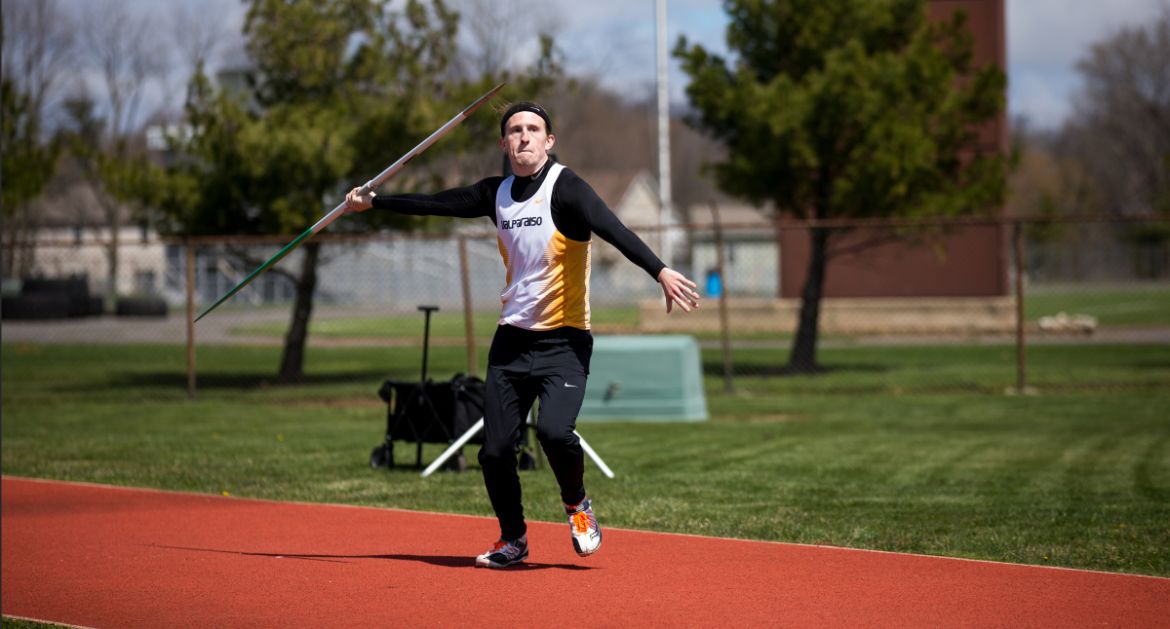 Kyle Baker turned in a 14-5.25 in the pole vault to place third on Friday. (Corey Lissy)
Related Links

The Valparaiso University track & field teams got their season running on Friday with the Blue & Gold Invitational, an indoor meet hosted by the University of Notre Dame. Junior Sierra Fischer (Brookfield, Wis./Brookfield) had a pair of Top 4 finishes for the women in her Valpo debut, while junior Ben Sekuloski (Lowell, Ind./Lowell) led the men’s team in two events.

The Valparaiso track and field team will be back in action on Jan. 19 at the Sycamore Team Invitational hosted by Indiana State University in Terre Haute.