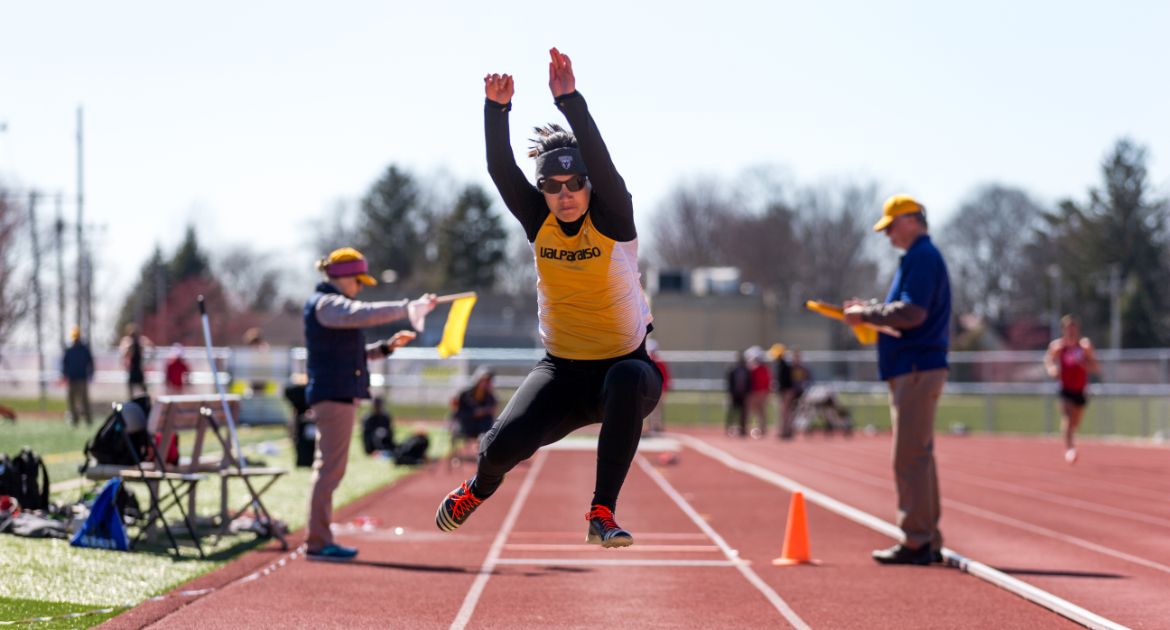 Anne Mou competed in the long jump and triple jump on Friday at Grand Valley State.

The Valparaiso University track & field teams returned to meet action for the first time since late November on Friday night, turning in impressive performances at Grand Valley State in Allendale, Mich. Valpo was led by Katherine Germann (Cincinnati, Ohio/ Finneytown) for the women and Ben Sekuloski (Lowell, Ind./Lowell) for the men. The two juniors each earned first-place finishes, and the men’s team took fourth in the team standings.

Valpo returns to action on Feb. 1 with a pair of instate meets. Some Valpo athletes will be at Purdue in for the Fred Wilt Open, while others head to Notre Dame for the Meyo Invitational.