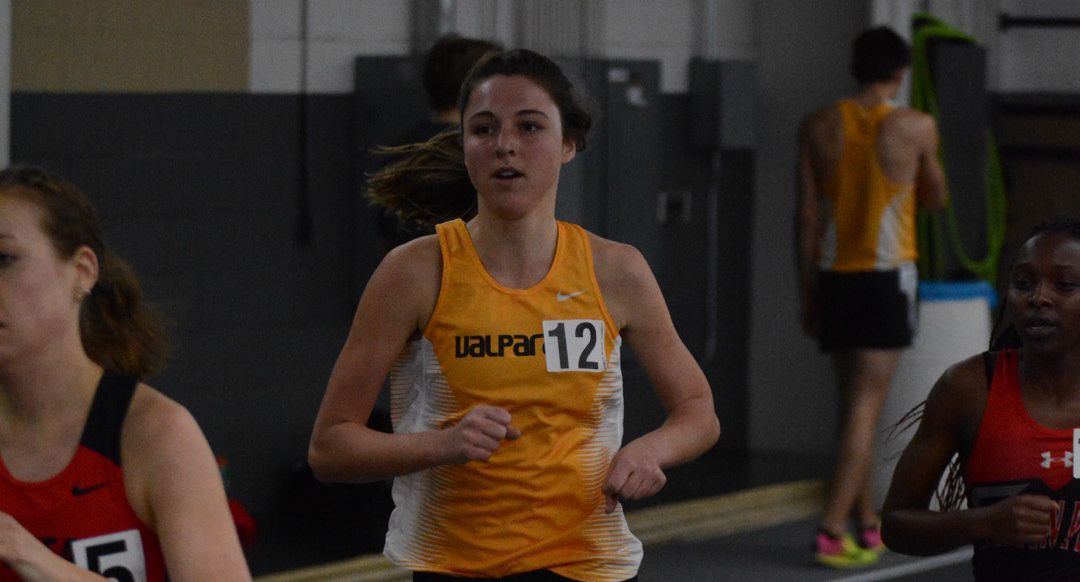 Taylor Justison turned in her personal best time in the mile at 5:27.05 on Saturday.
Related Links

“It’s great to see our groups hitting marks at this time of the year as we begin to enter the championship phase of the season. It’s a great feeling to know that you are improving week-to-week.”

“At the same time, it’s also important to recognize where you are in the training cycle and not let frustrations get the best of you if things don’t go as planned. We are working toward big things over the next couple of weeks and I am confident we will be at our best when the time is right.”

Valpo will again head to Allendale, Mich. and Grand Valley State on Feb. 15 for the GVSU Tune-Up. The two squads competed there back on Jan. 25 and combined to finish sixth overall in the GVSU Open.