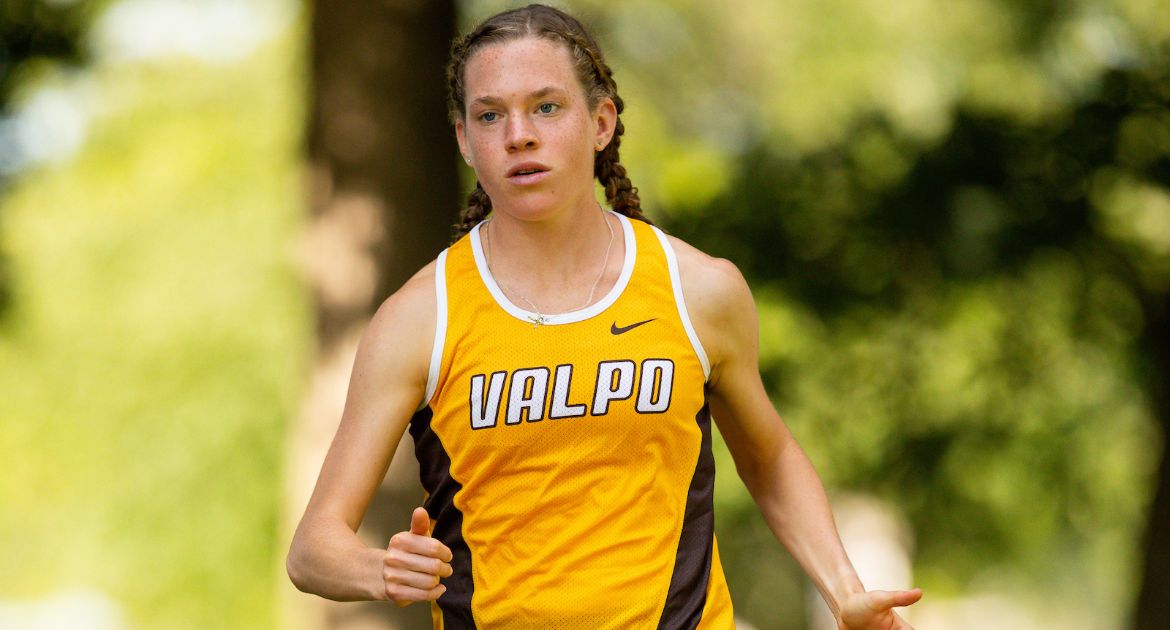 Katherine Germann finished third in the 1500-meter run on Saturday.

The Valparaiso University track and field teams started the outdoor season this weekend, splitting the squads between the Bill Cornell Spring Classic at Southern Illinois and the Polar Bear Invitational at Indiana Wesleyan. The squads were led by Julia Rustmann (Grosse Pointe, Mich./Grosse Point North (Michigan State), who set a personal best, and Dominic Paoletti (Monroe, Mich./Monroe St. Mary), who had a first-place finish, in the outdoor opener.

“After a few weeks off, this was a great start to the outdoor season. The weather cooperated both days, allowing our teams to start off on the right foot. We still have plenty of work to do over the next eight weeks, but getting a solid meet in this early in the season is never a given when you’re in the Midwest.”

“We are looking forward to a week off in between meets and the time to really work on some specific things that will improve performances for the remainder of the season.”

Valpo will be back in action in two week, competing at Indiana State on Saturday, April 6.