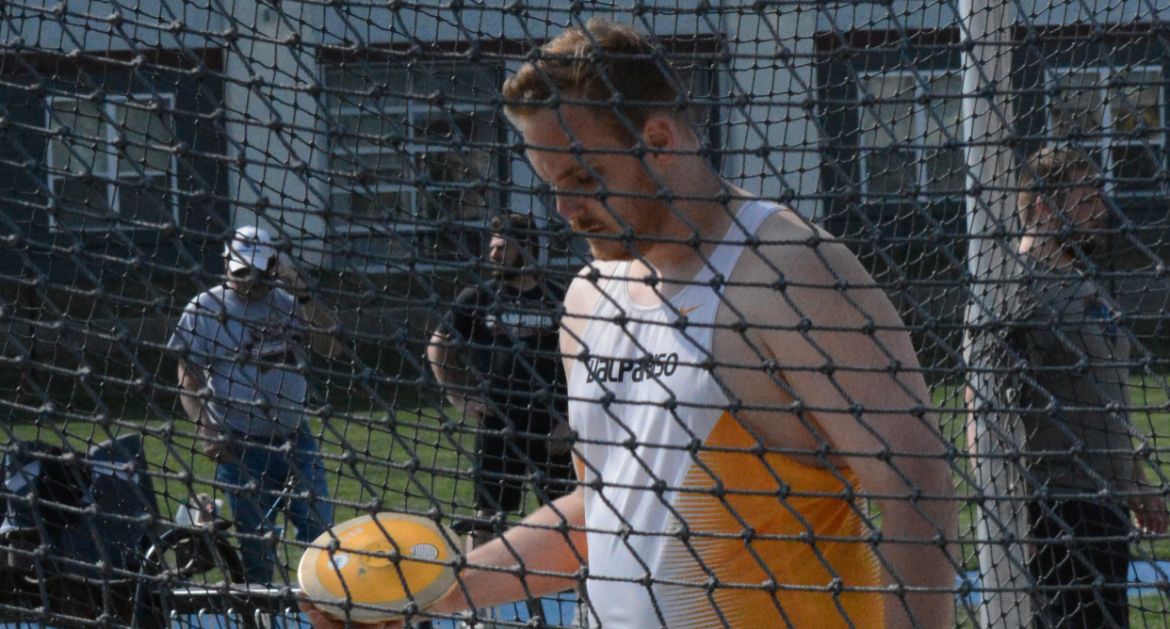 Jake Rasawehr finished third in the men's discus on Saturday.

“The throwers set the tone for us. Hayley Krulik had a great day in the women’s hammer throw. Jake Rasawehr’s performance in men’s discus is exciting for me to see. When we get consistency in throws (five of six at 47 meters), it means big things are on the horizon. I expect him to make a run at the conference championships in the men’s discus.”

“It’s really exciting to see the group compete with each other. Those little moments are what drive us to be better each week. It’s important for us to learn how to embrace the challenge from teammates and still find joy in each other’s performances.”

“We want our competition at its best each week. When that is the case and we taste victory, it’s sweet.”

Valpo will head to the University of Illinois for the Twilight Invitational for the team’s next meet on Saturday, April 13.