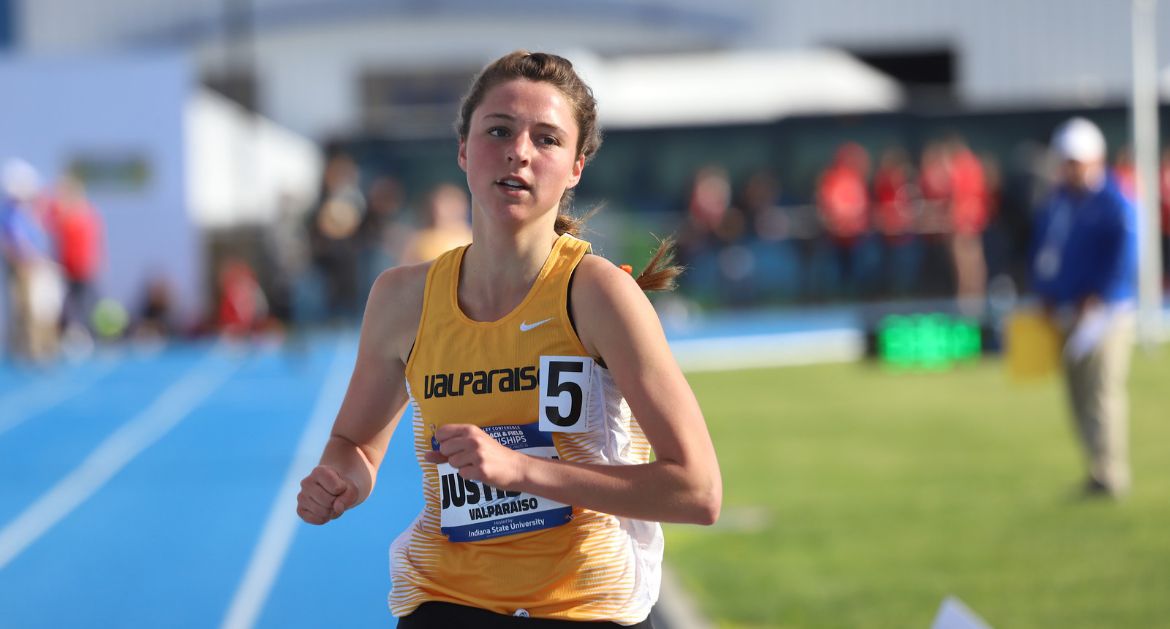 Taylor Justison kicked off the MVC Championships with a personal record in the 1500.

The Valparaiso University track and field teams kicked off the Missouri Valley Conference Outdoor Championships on Friday at Indiana State. Day 1 of the three-day meet was highlighted by Taylor Justison (Catham, Ill./Glenwood) setting a career best in the 400 and by the performance of Zack Fortener (Byron, Ill./ Byron), who competed in his first decathlon.

Up Next
Valpo will remain in Terre Haute for Day 2 of the MVC Championships on Saturday. Links to live results and the ESPN+ video coverage are available on ValpoAthletics.com.