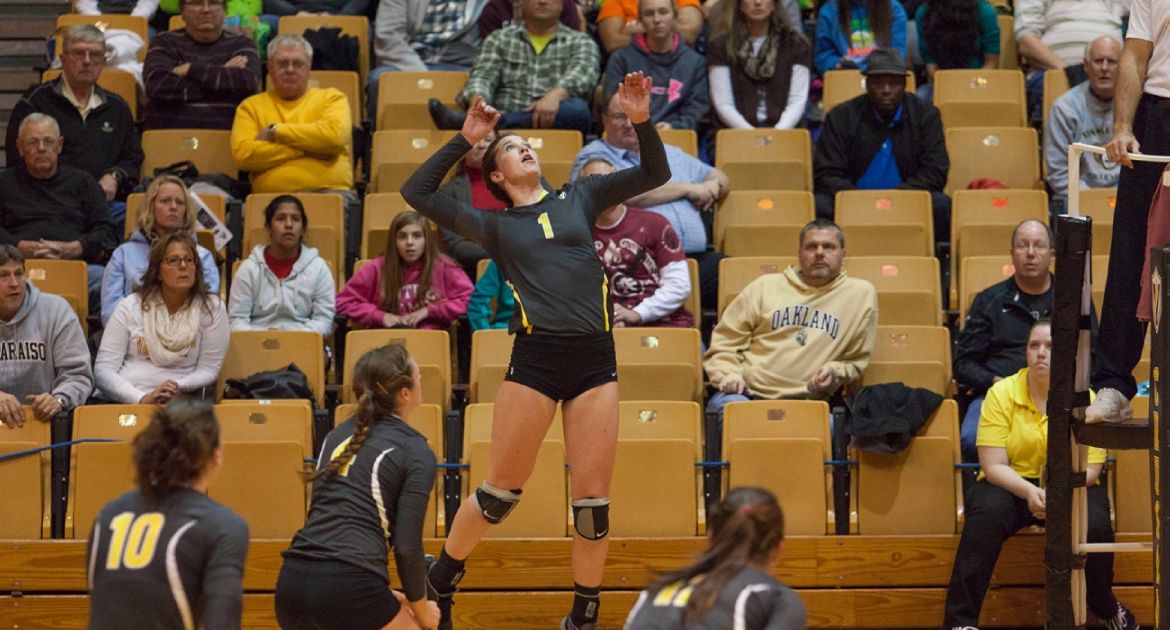 Campbell adds the honorable mention All-Region recognition to an already impressive collection of awards from the 2014 season, as she was previously honored as the Horizon League’s co-Player of the Year.  The sophomore tallied 480 kills on the year, tied for fifth-most in a single season in program history, while her 4.32 kills/set ranked second in the league and 24th nationally.  Defensively, Campbell totaled 325 digs and ranked third on the team with 2.93 digs/set, recording double-doubles in 19 matches on the season.

Campbell was one of three Horizon League players honored by the AVCA, as UIC’s Stephenee Yancy and Oakland’s Taylor Humm were both honorable mention All-North Region selections.  Campbell is the 11th Crusader to earn postseason recognition from the AVCA in the last eight years, as Valpo has had six All-Region selections and five honorable mention choices in that time frame.