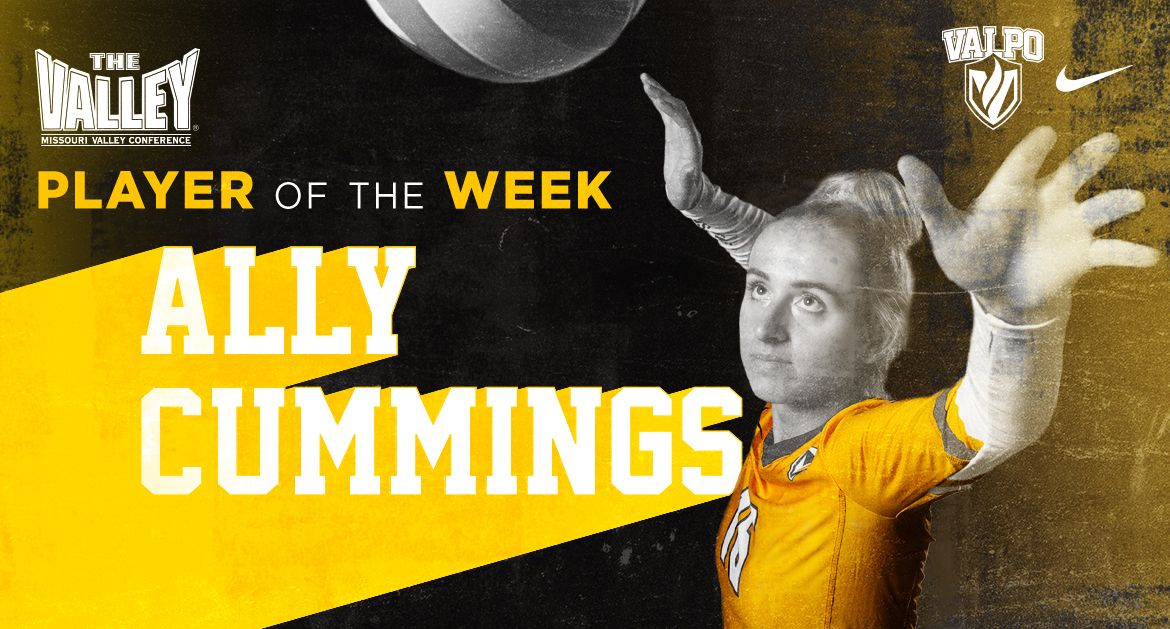 After hitting over .500 in both of the Valparaiso University volleyball team’s matches last weekend and leading all players in kills in both victories, sophomore right side hitter Ally Cummings (Novi, Mich./Novi) has been named the Missouri Valley Conference Offensive Player of the Week.

Cummings kicked off the weekend with a career-best 17 kills on .517 hitting in Valpo's four-set win over Evansville, while also tying her career high with five blocks. Then, against Indiana State, Cummings led all players with 13 kills on .524 hitting in the sweep as Valpo won its 20th match of the season.

For the weekend, Cummings averaged a team-best 4.29 kills/set on .520 hitting. She became the first Valpo volleyball player to hit .500 (minimum 12 kills) in consecutive matches since October of 2008, when Allison Sears did so in wins over Butler and IUPUI.

While Cummings’ numbers from the weekend stand out on their own, the circumstances under which she posted them make them even more impressive. The sophomore played right side in a Valpo lineup which featured just one middle in both of the weekend's matches, as the team’s other two middles were out with injuries. As opposed to a normal right side hitter, who will always have two other hitters up front with her, Cummings played the first two sets of the weekend with only one other hitter up front in one of her three rotations, and then in the final five sets, played with only one other hitter up front in two of her three rotations.

Cummings and the rest of her Valpo teammates return to action Friday evening as they travel to UNI to take on a Panther squad just outside the top-25 in the AVCA national poll.