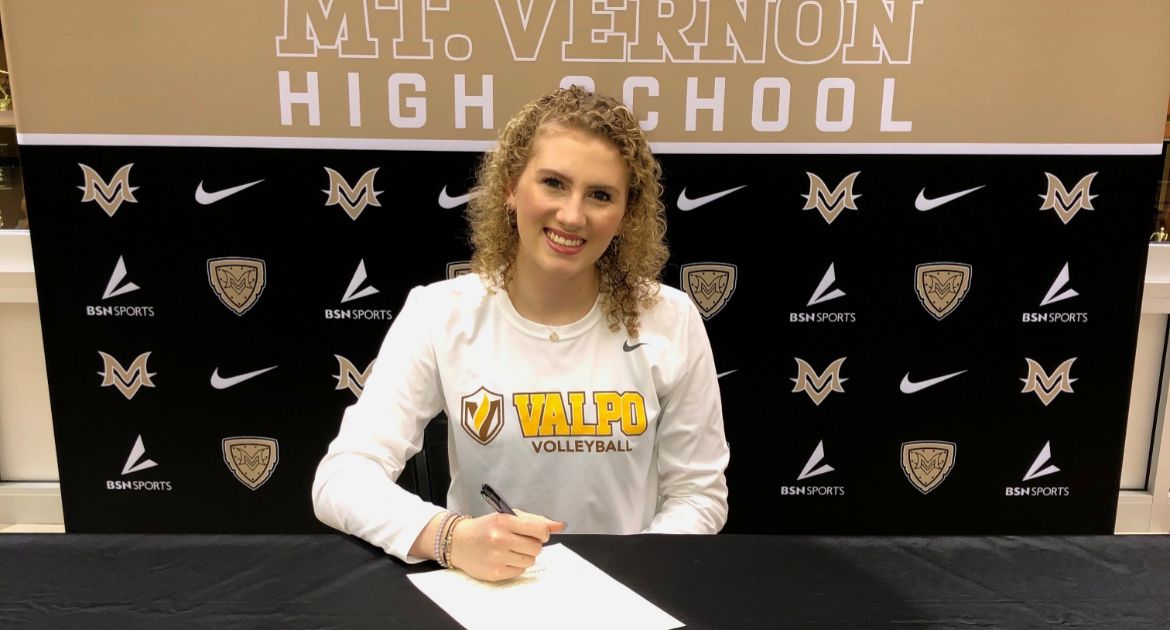 Valpo volleyball head coach Carin Avery announced today that Victoria Bulmahn, a 5’10” setter out of McCordsville, Ind., has signed with the Valpo program and will join the team as a freshman for the 2020 season. Bulmahn joins Mallory Januski as members of the incoming freshman class for next year.

“We are always looking for an elite setter who will help us compete at the highest level,” said Avery. “We felt that Victoria’s setting skills, along with her personality and her competitiveness, were attributes that can help guide us to competing in the Valley. She has been around volleyball her entire life and she has an extremely high volleyball IQ.  With all these intangibles, it made her a highly sought-after recruit, and we feel honored that she chose Valpo to continue her career. We expect big things in her future.”

Bulmahn, the younger sister of current Valpo player Jaclyn Bulmahn, is coming off a senior season in which she was a Class 4A Second Team All-State honoree. Setting for a Mt. Vernon squad which finished the season ranked fifth in the state, Victoria Bulmahn capped a career which saw her tally 2,371 career assists, breaking the Marauders’ program record. A member of the AVCA All-Region team this year, she was twice an All-District honoree and a two-time Hancock County Player of the Year and earned All-Conference honors on three occasions.

“I chose Valpo because I absolutely love everything about the school and the volleyball program,” said Victoria Bulmahn. “The girls and the coaches are so incredibly nice and fun to be around! They’re such a competitive, driven program and I’m so excited to be a part of the family.”