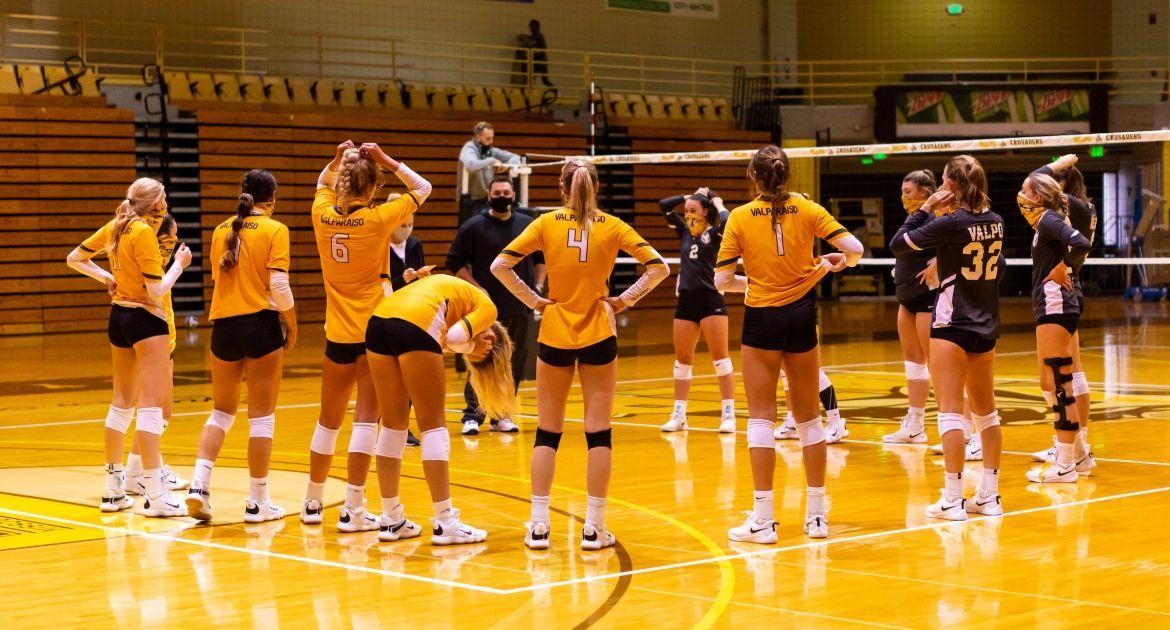 The Valpo volleyball program announced three match dates this afternoon as the start of the spring 2021 season approaches next week, while the Brown and Gold were also picked to finish in seventh place in the Missouri Valley Conference as the MVC released its preseason poll today.

Valpo will take on travel partner Loyola each of the next two Mondays to complete the MVC slate. Valpo will face the Ramblers in Chicago next Monday, Jan. 25 at 3 p.m. to kick off this season and will host Loyola on Monday, Feb. 1 at 3 p.m. at the ARC.

In addition, Valpo will play a nonconference neutral-site contest against Butler at Loyola on Friday, Jan. 29 at noon. The series between the Brown and Gold and the Bulldogs was a spirited one in the five years the two programs overlapped as Horizon League members, with each side winning six meetings in that span.

Valpo was picked to finish seventh in the MVC preseason poll released on Wednesday morning, tallying 39 points. UNI and Illinois State earned the top two spots, with the Panthers edging the Redbirds both in first-place votes (6-4) and total points (96-93).

Valpo enters the spring 2021 season with 14 returnees from last year’s squad, which reached the MVC Tournament semifinals. The vast majority of last year’s production returns — 100% of the blocks, 99.8% of the kills, 91% of the digs and 86.9% of the service aces. Highlighting the returnees are 2019 MVC Libero of the Year Rylee Cookerly, who entered this season the nation’s active career leader in digs, and fellow 2019 First Team All-MVC selection Peyton McCarthy, who led Valpo in both kills and blocks last season.

For schedule updates throughout the spring, visit ValpoAthletics.com and follow Valpo Athletics on social media.