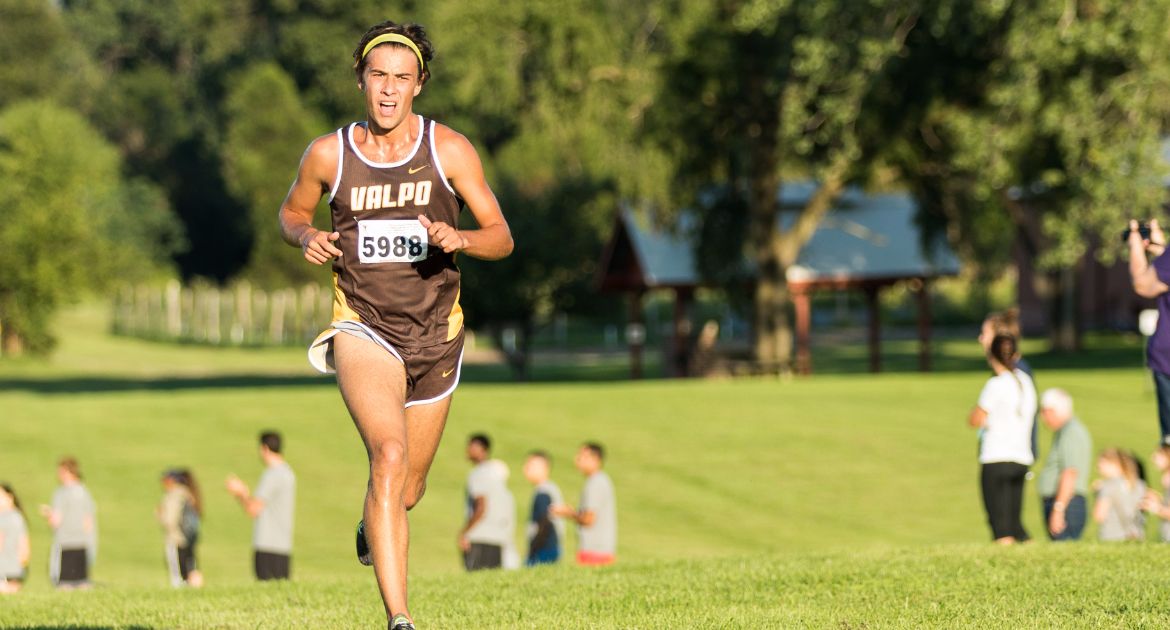 The Valparaiso University cross country teams opened their respective seasons Friday evening with the 28th Annual Crusader Open, as the Crusaders had four runners from each team cross the finish line in the top-ten. Notre Dame took home the team title in both the men’s and women’s races.

“The Crusader Open is a tradition, it’s good for the team, and prepares them for much larger races.”

“(This race) is primarily a learning experience for the team. We’re only 75 percent at this time, which is according to plan.”

“We have a two-week period between meets and need to recover a bit. We also need to hit it hard at practice, push hard and continue moving forwards towards the conference championship.”

The Crusader squads will split in two weekends for a pair of meets on Saturday, Sept. 17. Some runners will head out west to the USD Invite, hosted by San Diego, while others will stay closer to home and run at the Gil Dodds Invitational in Warrenville, Ill.