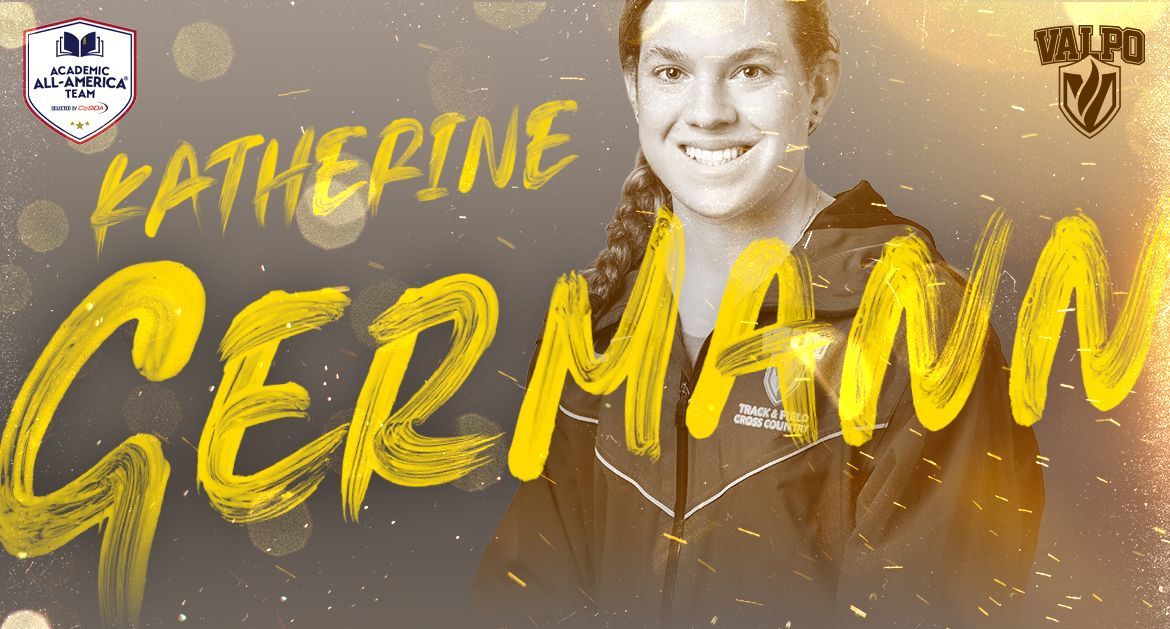 Valpo cross country and track & field graduated senior Katherine Germann (Cincinnati, Ohio/Finneytown) earned elite recognition Thursday for her prowess in the classroom and in competition during her career in the Brown and Gold, as she was named a CoSIDA Third Team Academic All-American. She is the 34th Academic All-American in Valpo Athletics history.

Germann graduated from Valpo with a perfect 4.0 cumulative grade point average as a biology, Spanish and humanities triple major. She was the winner of the athletic department’s Laurel Award, which is presented each year to the graduating student-athlete with the highest GPA, and earned the Valparaiso University Alumni Association (VUAA) Distinguished Student Award. A two-time Academic All-District honoree prior to earning Academic All-American recognition, Germann plans to attend Ohio State College of Medicine starting this fall.

Germann closed her career with spots among Valpo’s all-time best both in cross country and in track & field. She ranks sixth in cross country program history in the 6K, running her PR of 22:31.3 as a senior at the Bradley Classic, and ranks seventh in the 5K with her effort of 18:12.9 from the 2018 MVC Championships. She cracked Valpo’s indoor track & field top-five in the 5K as a junior, posting a time of 17:54.67, and posted a ninth-place finish outdoors at the 2019 MVC Championships in the 10K.