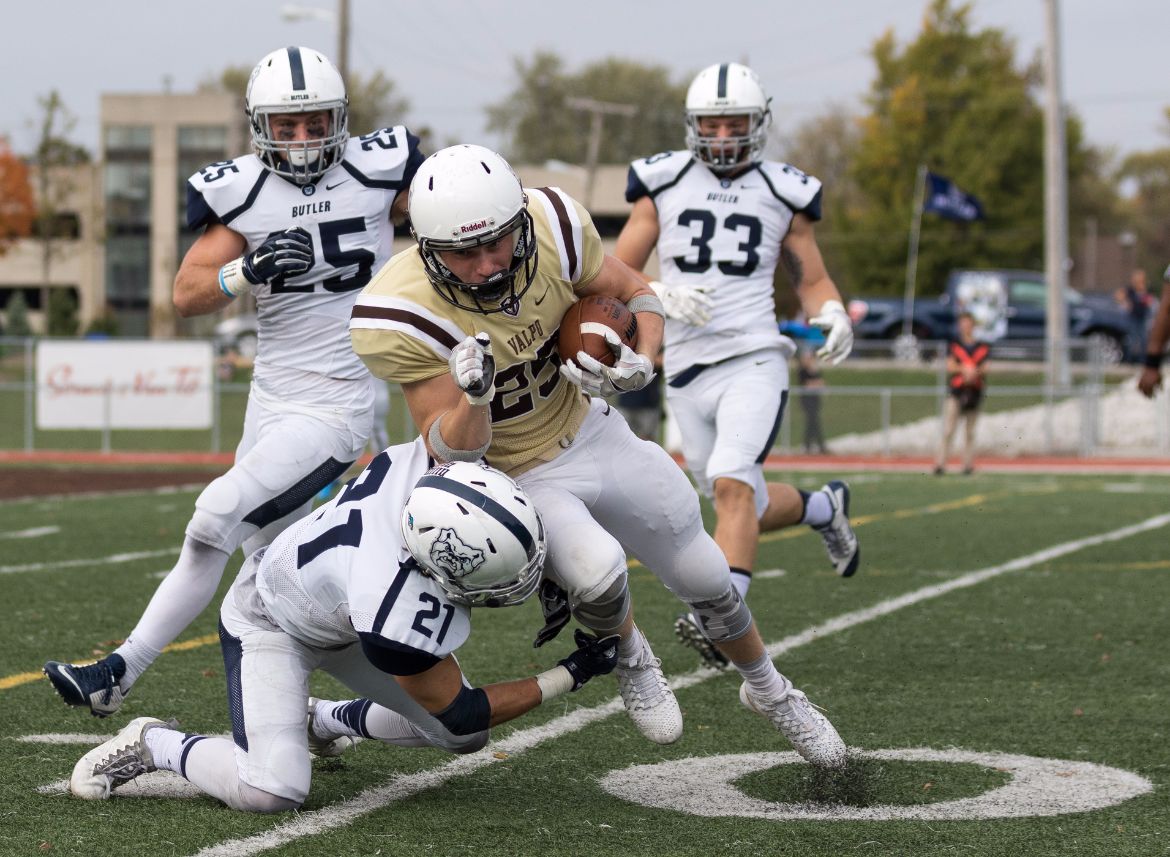 The Valparaiso University football team fell to rival Butler 23-12 on Saturday at Brown Field. The Bulldogs assured they would retain control of the Hoosier Helmet by racking up 446 yards of total offense.

“It’s a disappointing loss. In the second half, we broke down in just about every way possible. I give credit to the Butler coaching staff and the job they did on offense and defense. To run the ball as effectively as they did in the second half was the single biggest factor in the outcome of the game. As good of a football team as Butler is, the talent difference with us is very slight. This wasn’t a game going in where I felt that there was a big talent gap.”

The Crusaders (3-6, 2-4 PFL) hit the road next week for the final road contest of 2016 against the Dayton Flyers (7-2, 5-2 PFL). Live video will be available via DaytonFlyers.com. In addition, the game can be heard on the Valpo Sports Network, 95.1 FM Valparaiso. Links to live video, audio and stats will be available on ValpoAthletics.com.