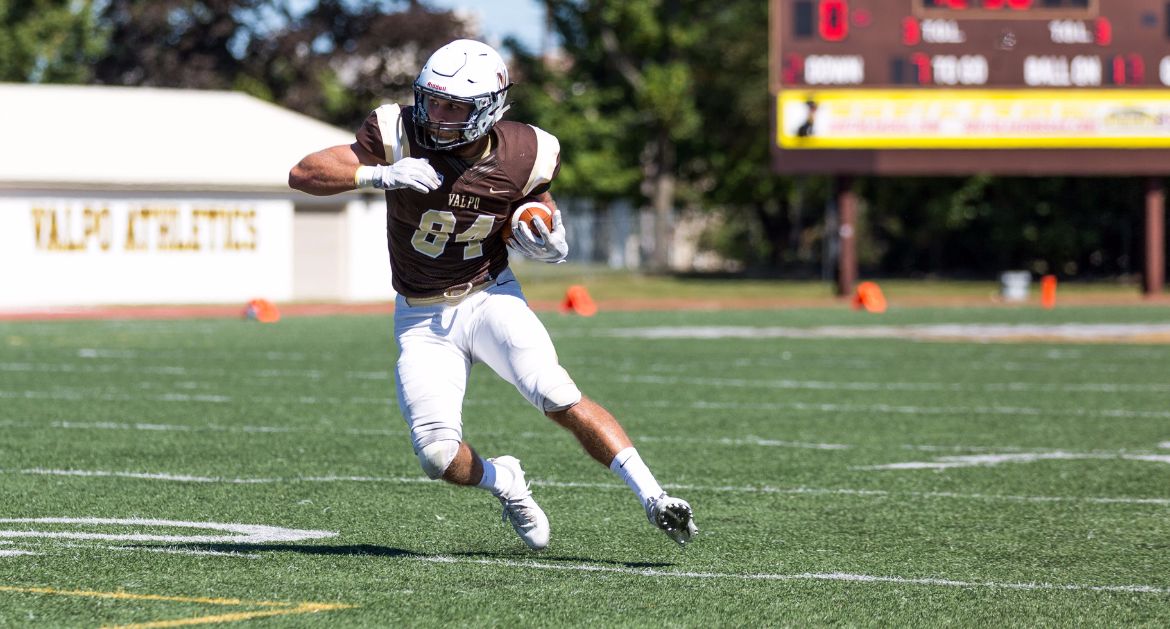 The Valparaiso University football team surpassed 500 yards of offense and put together a late rally to give scholarship foe Duquesne everything it could handle on Saturday afternoon at Brown Field, as the Dukes held on for dear life to secure a heart-pounding 45-40 win over the Crusaders. Valpo’s record may show 0-2, but a closer look at the outcomes reveals the best start to a Valpo football season in recent memory. The Dukes (1-1) went 8-3 a year ago and are the preseason favorites to win the Northeast Conference.

The Crusaders will head to Trinity International in Deerfield, Ill. on Saturday, Sept. 16 to visit the Trojans. The kickoff is slated for 1 p.m. CT. Links to live video, audio and stats will be available on ValpoAthletics.com.