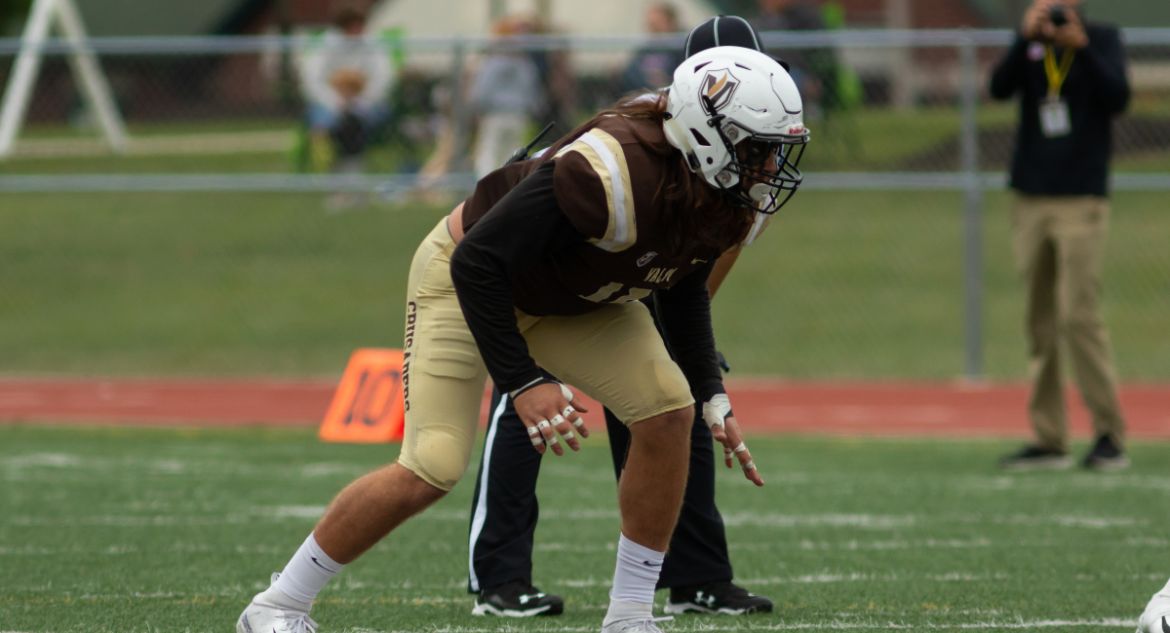 Mike Wheeler had 2.5 TFL for Valpo on Saturday at Marist.
Valparaiso at Marist | November 03, 2018

The Valparaiso University football team overcame a rocky end to the first half with a second-half comeback effort for the third consecutive week, but Marist pulled out a 35-24 victory on Saturday in Poughkeepsie, N.Y. Valpo incurred another close defeat, coming up just shy against a team that is tied for second in the Pioneer Football League standings and has only one league loss.

“We had a few breakdowns on defense that short-circuited what was otherwise a tremendous effort on their part. The few breakdowns that we had led directly to scores. On the offense side of the ball, we struggled to control the line of scrimmage and run the ball. That put too much pressure on Chris, and we can’t ask him to throw on every down at this point in his career.”

“There was a lot of good football today, there really was. We’re a play or two away in each of these games. Our kids are competing and making plays despite all the injuries and obstacles. We’re better than our record would indicate. We have two weeks left and we want to send our seniors off in a good way. We’re just trying to find ways to get better and step up to answer the call.”

Valpo (1-8, 1-5 PFL) will return home next week to host Jacksonville on Senior Day, the 2018 home finale. The game can be viewed on ESPN+, heard on 95.1 FM Valparaiso or followed via live stats.