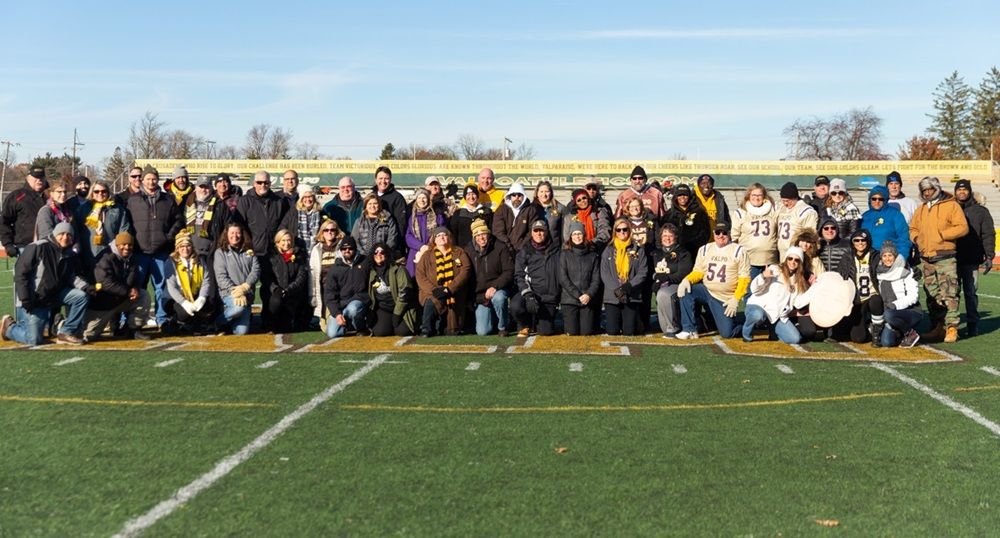 The seniors on the Valparaiso University football team made sure their final home game will elicit positive memories for years to come with Saturday’s 48-30 Senior Day victory over Jacksonville at Brown Field. The contributions from members of the senior class were numerous on a day where Valpo led from start to finish in a game that was never in doubt.

“This was a great team win. It was probably the best and most consistent four quarters of football we’ve put together all season, right from Griffin’s big touchdown on the first offensive play of the game. That is something that we talked a lot about as a coaching staff – we wanted to get Jacksonville in a hole right from the get-go. When you play a team that has a good triple option offense like Jacksonville has, if they are coming from behind, they are a much different team than when they are playing with the lead or a tied score.”

“We wanted to take the ball and be aggressive early. Chris came out and threw a great ball on the first play and Griffin ran a great route and played an outstanding game. That really set the tone. It was more than just the offense – the defense stepped up and got some stops early on. It was that great first quarter that enabled us to really take control of the football game and keep Jacksonville out of their comfort zone.”

“We stepped up and kept our foot on the gas pedal. It wasn’t a perfect second half; we gave up some drives and missed a big-play opportunity here or there on offense, but overall anytime you play well enough in a game where the outcome isn’t in doubt for the final six or seven minutes, that’s a great day.”

“Despite their record, Jacksonville is a very talented team. We talked a lot as a coaching staff about how their season has mirrored ours in the sense that they had a lot of players coming back and they’ve had a lot of injuries that they’ve dealt with this season. Our season hasn’t gone as well as we had hoped, and the same thing was the case for Jacksonville. It was great to see our players go out there and compete as hard as they did and execute as well as they did for four quarters.”

“It’s huge to send our seniors off with a win in their last home game. We talk about it a lot – it’s a program where we consistently rely on our seniors to step up and lead by example. We have a big group of seniors, and they all spoke to the team last night. It took about an hour to get everybody through, and they did a good job sharing their experiences. There were a couple of funny moments, but also a couple honest, real and emotional realizations that they’re coming down to the end of their career and you have one or two more opportunities before this game is taken away from you. It’s a privilege to play this game at the college level, it’s not a right. It’s really important for us to go out there and play all of our seniors and have guys like Elias Earley step up and play some of their best football on Senior Day. It’s been the case the last few years where any time it’s the last home game, our senior class steps up and plays terrific football.”

Valpo (2-8, 2-5 PFL) will close out the 2018 season next week with a trip to DeLand, Fla. to play Stetson. The game kicks off at noon CT and can be viewed on ESPN+, heard on 95.1 FM Valparaiso or followed via live stats.