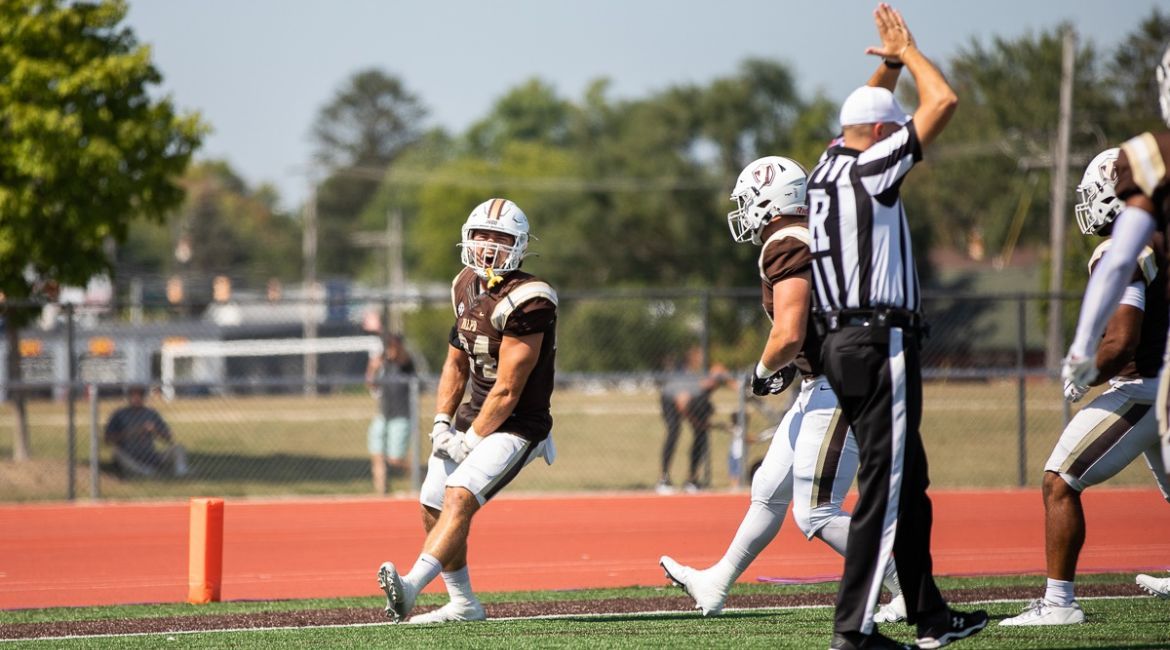 Trey Psota recorded a safety for the first points of the game on Saturday vs. Dartmouth.
Dartmouth at Valparaiso | September 18, 2021
Related Links
Related Links

The Valparaiso University football team gave defending Ivy League champion Dartmouth nearly everything it could handle on Saturday afternoon at Brown Field, but the visiting Big Green escaped Northwest Indiana with a 28-18 victory over the Beacons. The Valpo defense recorded two safeties and forced three turnovers, while running back Robert Washington (Huntersville, N.C. / East Gaston [Old Dominion]) accrued 117 rushing yards on 24 carries to pace the offense. The solid showing came in front of an electric audience of 3,856 including an enthusiastic Valpo student section that was filled to the brim in the first home game without capacity limitations since the end of the 2019 season.

After playing a challenging nonconference schedule, Valpo (0-3) will open up Pioneer Football League play on Saturday, Sept. 25 at Drake. The game will kick off at noon and will be broadcast on ESPN3. In addition, the hometown radio call will be available on 95.1 FM Valparaiso, the Tune In Radio app and ValpoAthletics.com.