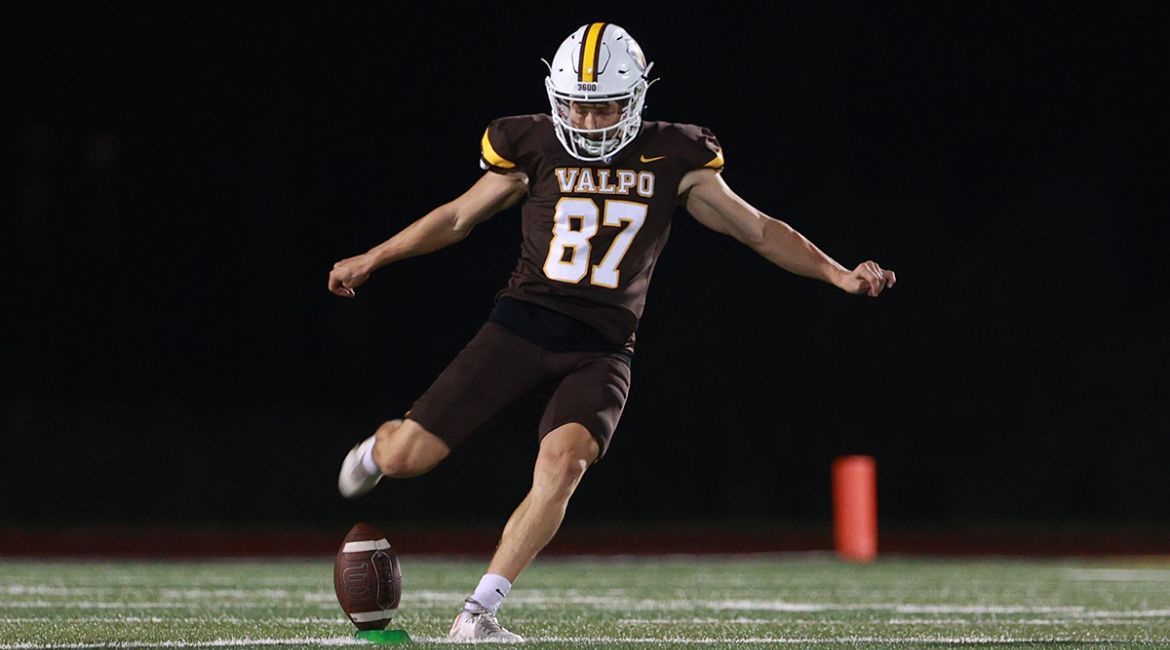 A large and engaged audience witnessed the compelling ending that it deserved as Brian Bartholomew (Sugar Grove, Ill. / Kaneland) drilled a career-long 50-yard field goal in the final two minutes to propel Valpo past Indiana Wesleyan 20-17. The Beacons avenged an 18-point setback to the Wildcats in last year’s season opener.

Valpo will visit Illinois State next Saturday, Sept. 10 at 6:30 p.m. in Normal, Ill. The game will be broadcast in the Chicago television market on Marquee Sports Network and digitally on ESPN+. Links to live video, audio and stats will be available on ValpoAthletics.com.