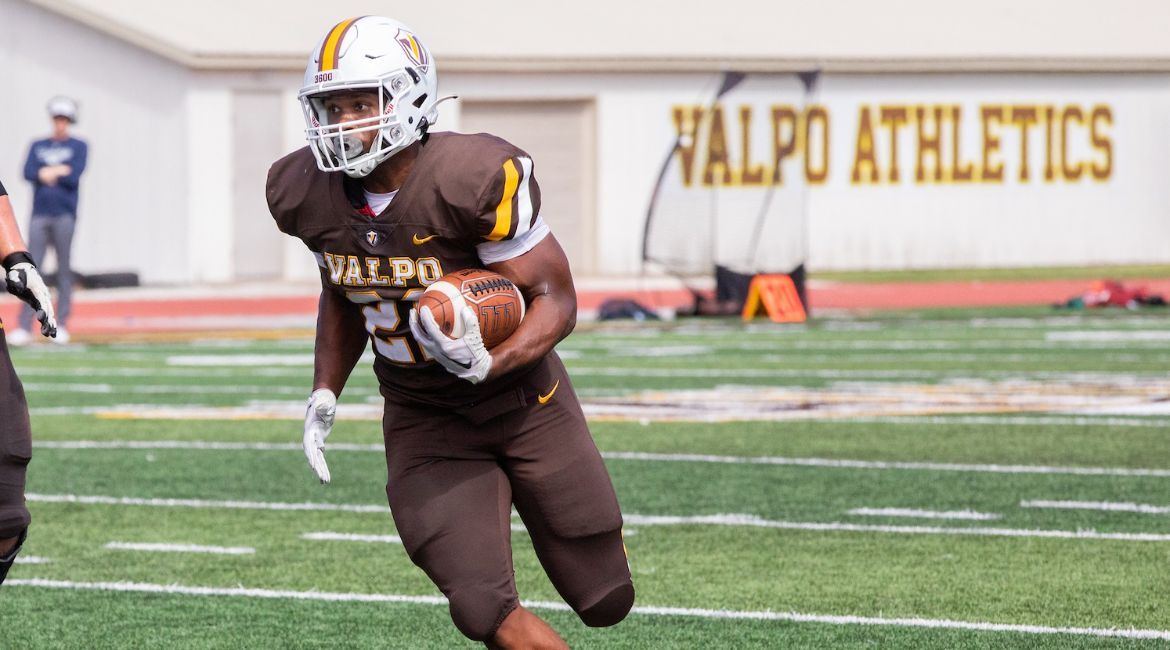 Valpo rushed for 223 yards on Saturday.
Valparaiso at Presbyterian | October 08, 2022

For the first time since 2003, the Valparaiso University football program is 2-0 in Pioneer Football League play.

Thanks to a dominant second-half effort, the Beacons came away with a 41-21 road win at Presbyterian on Saturday afternoon in Clinton, S.C. Valpo outscored Presbyterian 27-0 after halftime including a third quarter where the Beacons outgained the Blue Hose 121-3 to alter the game’s complexion. Through Saturday’s action, Valpo and St. Thomas are the only two teams undefeated in league play as they sit tied atop the PFL standings.

“There weren’t a ton of adjustments at halftime, we just executed better in the second half. The cool thing that shows how our program has evolved is that we’re the hunted. We’re no longer the team that has to go out and hunt to try to find wins. It’s a whole different mentality, and that’s hard. You have to prepare yourself mentally and physically to play at a high level every week.”

“We settled down defensively and made tackles, and on offense we established an ability to run the ball. That’s what made the difference.”

“We have so many guys who can make plays. Matt Ross, Solomon Davis, Braden Contreras – as a defense I think that would stress you in terms of where your focus is at. You’re going to have to leave some one-on-ones. You can’t double cover multiple guys, so that creates matchups for us.”

“I just told our team how happy I was for our program for being able to get the second unit in at the end of the game. That’s how you become a good program; you get guys who don’t get as much time defensively who normally get some special teams snaps, and then they get to go out there and play in live games. When they have the experience under their belt, they’re ready to go when someone gets injured. That was awesome to see.”

Valpo (3-2, 2-0 PFL) will host a rivalry game next week as Butler comes to Brown Field for the Hoosier Helmet Game beginning at 1 p.m. CT. The contest will air on ESPN3 with links to live video, audio and stats available on ValpoAthletics.com.