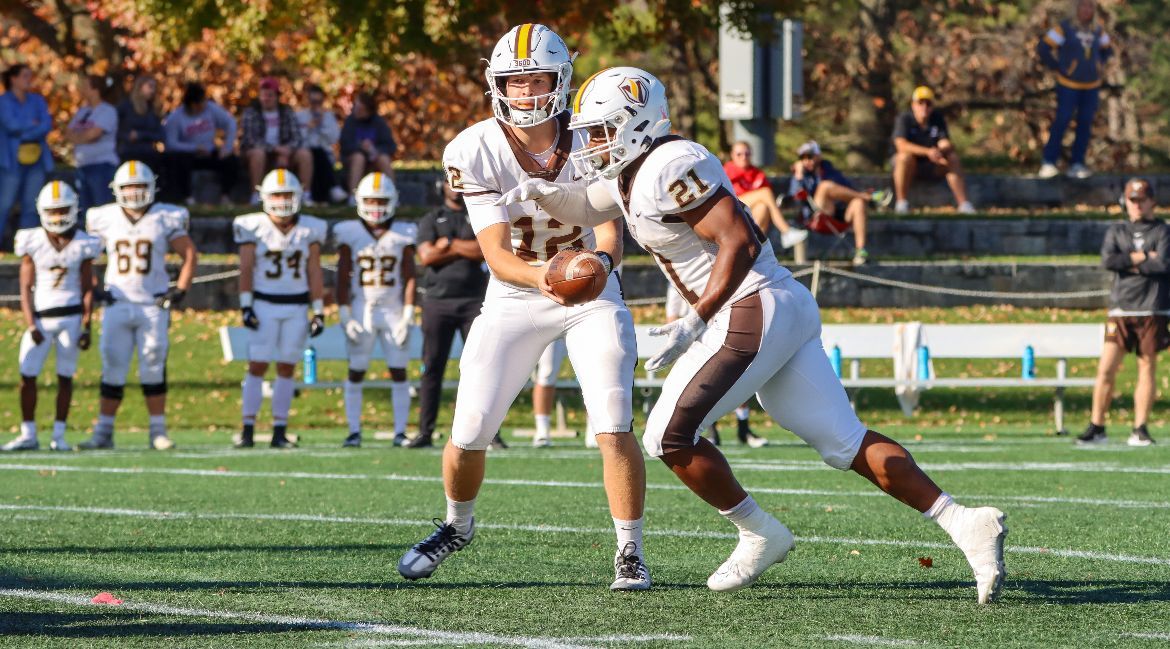 The Valparaiso University football program set the tone early, jumping out to a 24-3 lead by halftime en route to a 45-24 road victory at Marist on Saturday afternoon at Tenney Stadium in Poughkeepsie, N.Y. The Beacons picked up the program’s first ever win at Marist, beating the Red Foxes for just the second time in 11 all-time matchups. Aaron Dawson (Westbury, N.Y. / W.T. Clarke / Milford Prep [Central Connecticut]) eclipsed the 1,000-yard rushing mark for the season as part of a 199-yard day in his home state, helping Valpo put itself in position to clinch a winning season with a win next week. Kohlton Sherman (Millington, Mich. / Millington) set a program record for longest interception return with a 95-yard pick six.

“I want to thank our players for their preparation throughout the week. We had an outstanding week of practice, and that says a lot coming off two tough losses. We showed an ability to bounce back and be where our feet are and concentrate on what we need to do to be successful. We were able to force a couple stops there early that made a big difference.”

“We forced them into some field goals that they missed, and that really took the wind out of their sails. We had an ability to convert when we had the opportunities to score today, which was good to see.”

On Aaron Dawson: “He’s a great football player; I’m glad he’s on our team. He continues to excel at a high level and can really do everything. The thing I wish people could see is what happens on our sideline and during the week of preparation. We’re walking back after the game, and all of the players are like, ‘How many yards did you have?’ And he’s like, ‘I don’t know. Right back to it on Monday.’ Even after our losses, that’s his mentality. I’m really thankful that he’s part of the team and what he brings beyond the football piece.”

“We did a nice job containing the run plays early, and then they just abandoned it. We have to do a better job in coverage, we wanted to finish stronger in terms of stopping the pass.”

On Zero Penalties: “We’ve got to continue to be smart. There are some penalties that are part of the game. You’re OK with some of those, but when you’re making penalties like unsportsmanlike conduct and pre-snap penalties, you can’t have those and win a football game. We were able to eliminate those today, and we’ve got to do it again next week.”

Valpo (5-5, 4-3 PFL) will try to clinch a winning season next week on Senior Day at Brown Field. Drake will be in town for a noon kickoff on ESPN+.