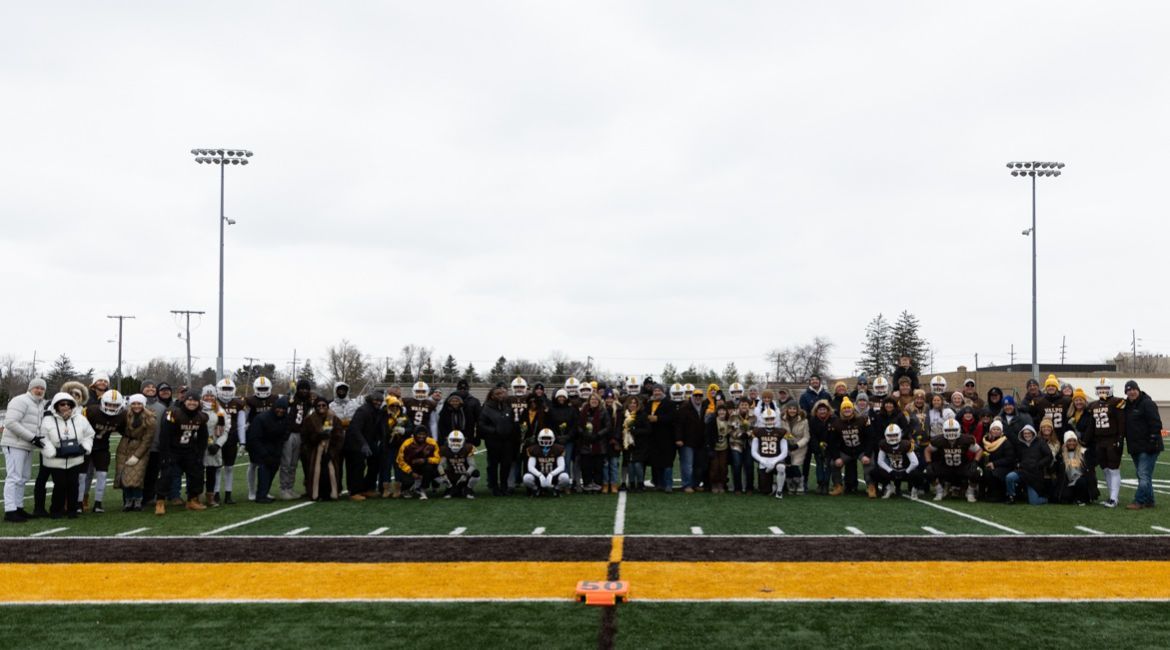 The Valparaiso University football program recognized 24 seniors prior to Saturday’s season finale, a 24-0 setback to visiting Drake at Brown Field. The game was played in less than ideal conditions as frigid temperatures and sporadic snowfall created a challenging environment. Valpo finished the season with a .500 record in Pioneer Football League play, the third straight season that the team has finished .500 or better in league action.