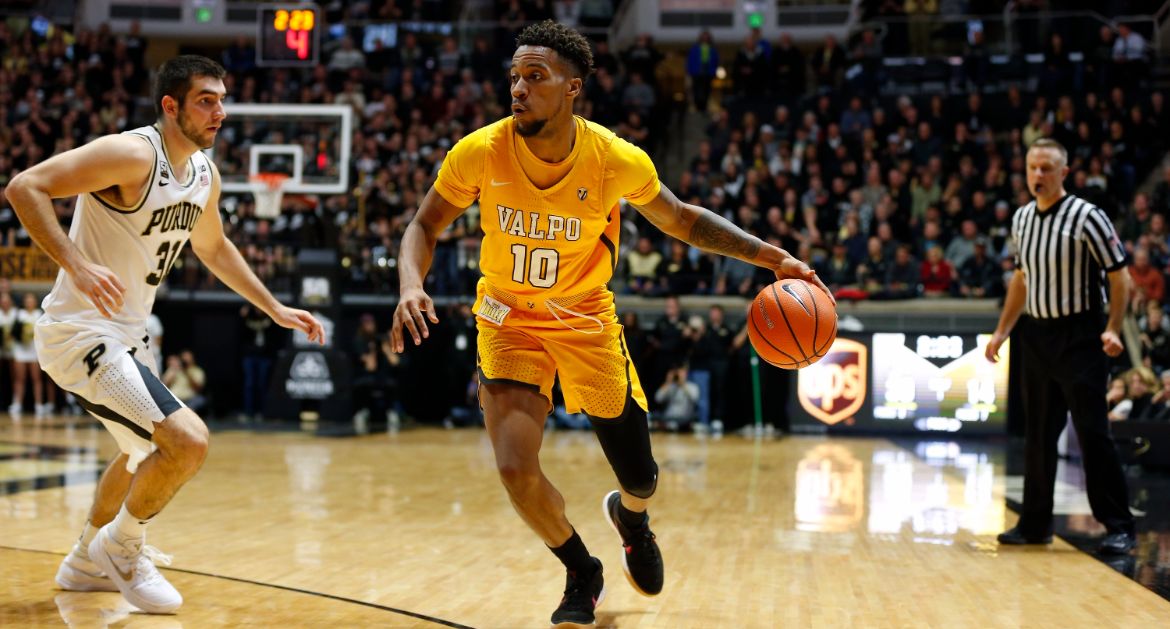 A 21-4 run by #21/21 Purdue to close the first half proved to be too much for the Valparaiso University men’s basketball team to overcome at Mackey Arena on Thursday evening, as the Crusaders lost for the first time this season, falling to the Boilermakers, 80-50.

Valpo (8-1) continues its six-game road swing on Saturday afternoon from Muncie, as the Crusaders face Ball State – which enters the game coming off a win at top-10 Notre Dame. Tipoff is slated for 1 p.m. CT, and the game can be seen live on ESPN3, WatchESPN and the ESPN app, and heard live on WVUR (95.1 FM, Valparaiso). Links for all the live coverage can be found at ValpoAthletics.com.