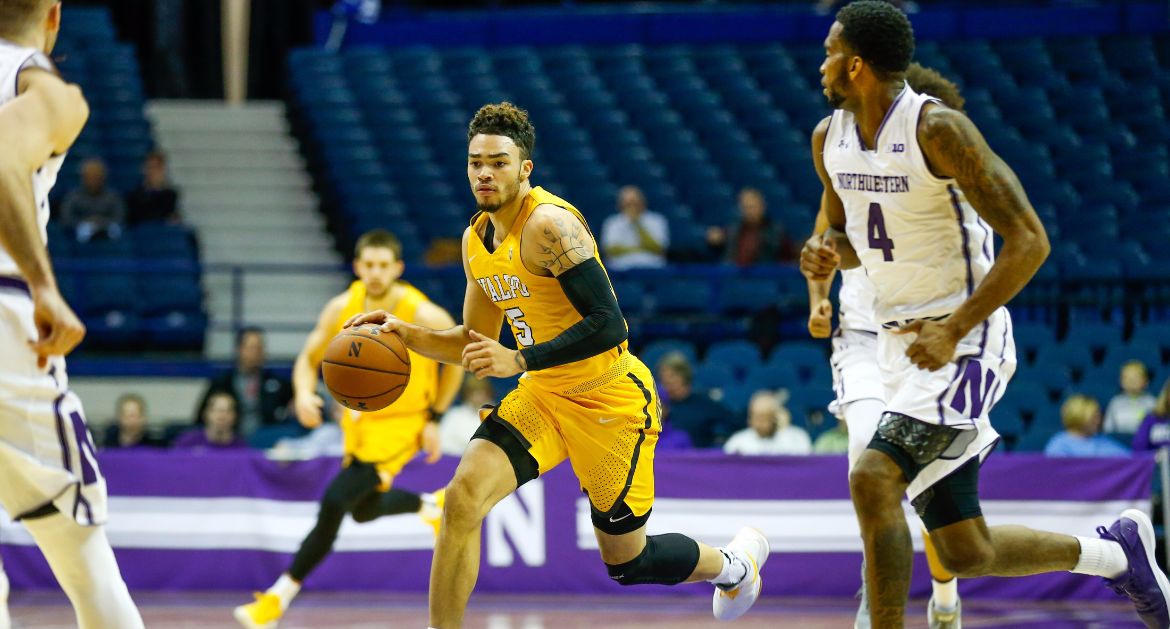 Northwestern hit its first six 3-pointers on Thursday evening at Allstate Arena in Rosemont, Ill., as the Valparaiso University men’s basketball team found itself in an early hole en route to a 84-50 defeat.

Valpo (8-3) heads to the West Coast to close out the non-conference slate, starting with a Monday night game at Santa Clara. The game is scheduled for a 9 p.m. CT tip, and links for live coverage will be available via ValpoAthletics.com.