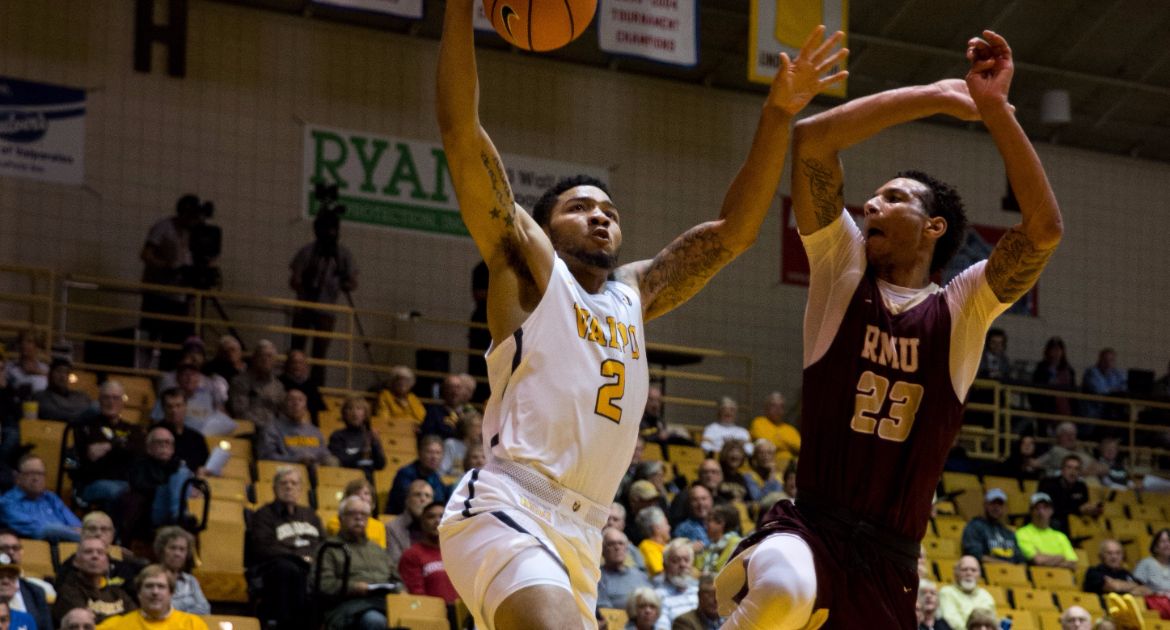 Tevonn Walker returned to the Crusader lineup on Thursday and tied for team-high honors with 19 points.
Valparaiso at Indiana State | December 28, 2017

The Valparaiso University men’s basketball team roared back from a double-digit first-half deficit Thursday night in its first Missouri Valley Conference game at Indiana State to take a halftime lead, and then tied the game again after falling behind by nine in the second half, but were unable to regain the lead as the Sycamores went on to defeat the Crusaders, 73-64.

Valpo (9-5, 0-1 MVC) returns home for the first time in over a month to continue MVC play on Sunday afternoon with a 3 p.m. matinee at the ARC versus preseason favorite Missouri State. As always, the game can be heard live on WVUR (95.1 FM, Valparaiso) and seen live on ESPN3. Links for all the live coverage will be available via ValpoAthletics.com.