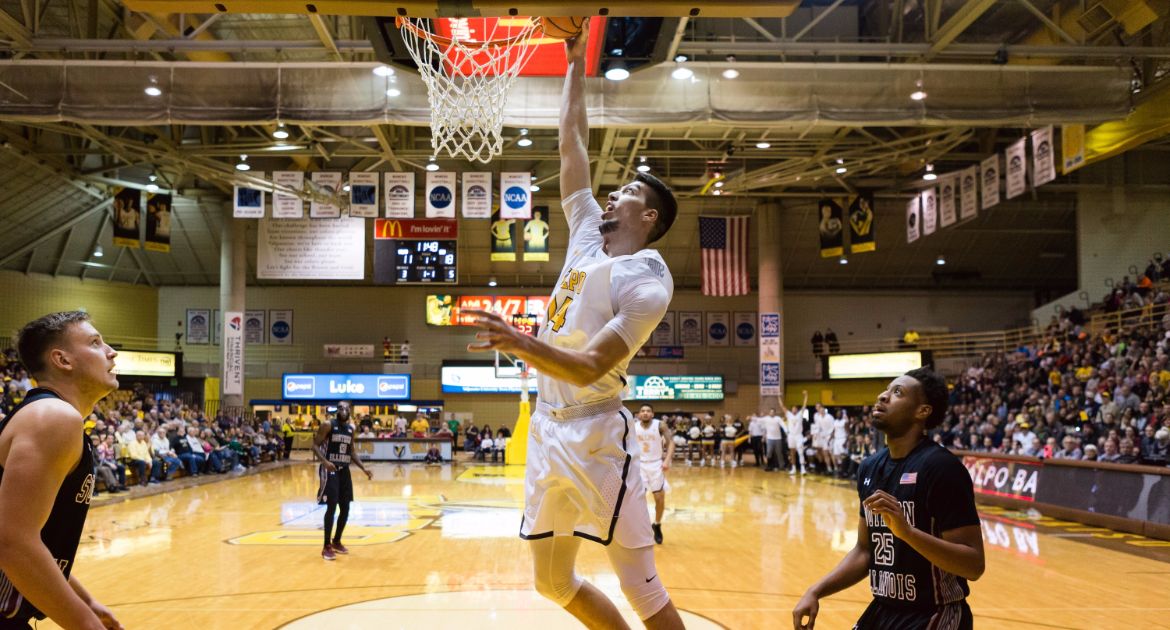 A 23-2 run to end the first half proved to be the decisive blow as the Valparaiso University men’s basketball team placed five players in double figures in an 83-72 victory Saturday afternoon at the ARC over Southern Illinois. The win was the first victory for the Crusader men’s basketball program within Missouri Valley Conference play.

Valpo (10-7, 1-3 MVC) concludes its brief two-game homestand on Wednesday evening as the Crusaders host Drake, which will enter the game atop the MVC standings at 4-0 in conference play. The game is set for a 7 p.m. tipoff and can be seen live on The Valley on ESPN3 and heard live, as always, on WVUR (95.1 FM, Valparaiso). Links for all the live coverage will be available via ValpoAthletics.com.