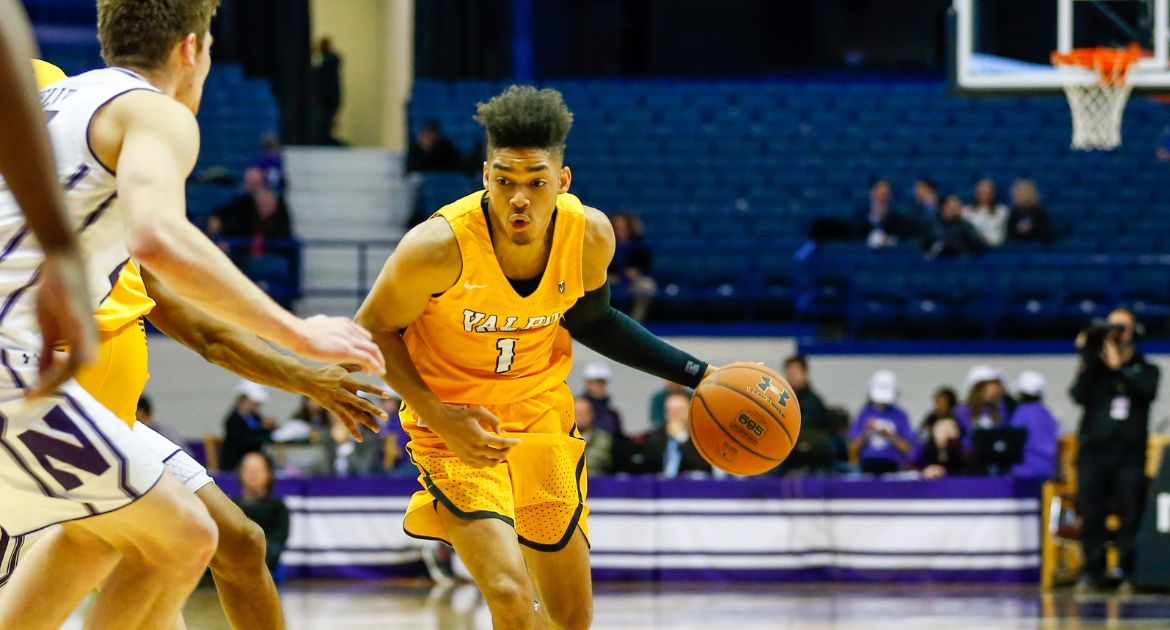 Trailing by as many as 23 points in the second half and by 19 points with less than four minutes remaining at UNI, the Valparaiso University men’s basketball team unleashed a furious rally, cutting the lead to single digits in just over a minute and getting as close as five points late. But the Crusaders couldn’t complete the comeback, falling by an 81-76 final in Cedar Falls, Iowa Saturday night.

Valpo (11-8, 2-4 MVC) faces another tall task in Valley play on Wednesday evening, as the Crusaders travel to preseason favorite Missouri State for a 7 p.m. matchup. The game can be seen live on The Valley on ESPN3, or as always, heard on WVUR (95.1 FM, Valparaiso). Links for all the live coverage will be available via ValpoAthletics.com.