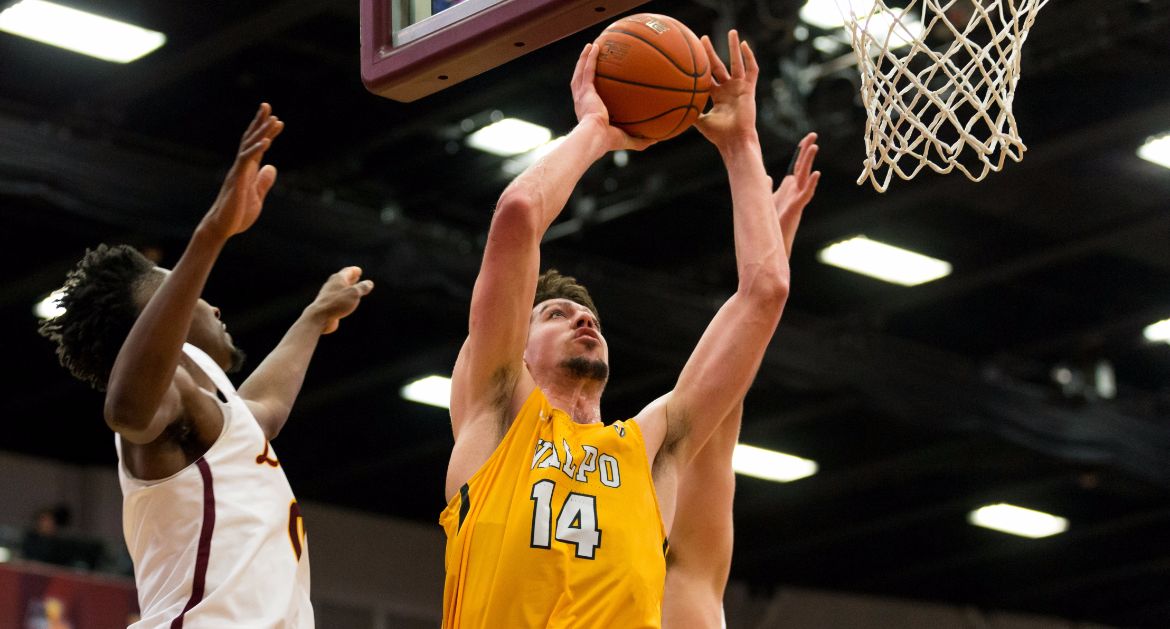 The Valparaiso University men’s basketball team went toe-to-toe with a Loyola squad which entered the game atop the Missouri Valley Conference standings on Wednesday evening in Chicago, but the Crusaders were unable to get over the hump in the late stages of the game, eventually falling to the Ramblers by an 80-71 final.

Valpo (13-15, 4-11 MVC) takes to the court for its final two home games of the season over the next week, starting with a Saturday night matchup with Bradley. Tip is set for 8 p.m., with the game being televised on the MVC TV Network – including locally on NBC Sports Chicago. The game will also be available on ESPN3 outside the MVC footprint, and as always, it can be heard on WVUR (95.1 FM, Valparaiso).