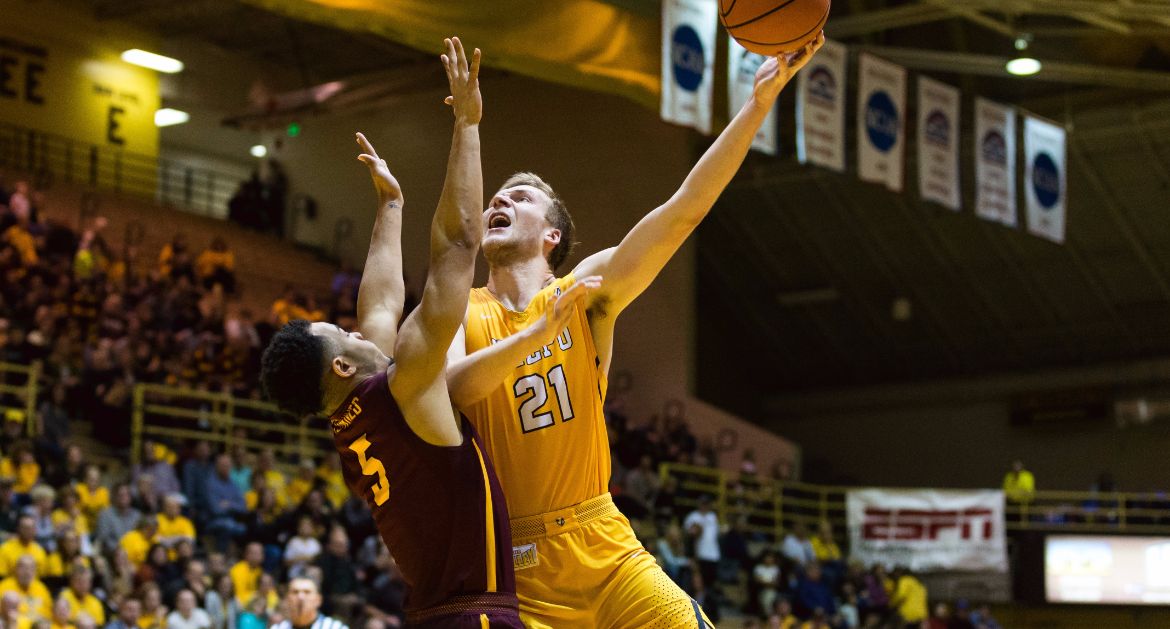 The Valparaiso University men’s basketball team will hit the road for Arch Madness next week riding high, as the Crusaders closed out the regular season on Saturday afternoon in Des Moines, Iowa with a 69-64 victory over Drake. Sophomore Derrik Smits (Zionsville, Ind./Zionsville) led the way for the Crusaders with a career-best 22 points.

Valpo (15-16, 6-12 MVC) will await Sunday morning’s official announcement from the MVC office of the Arch Madness bracket. The Crusaders entered Saturday’s game locked into the tenth seed and will play the tournament’s seventh seed at 8:30 p.m. on Thursday night.