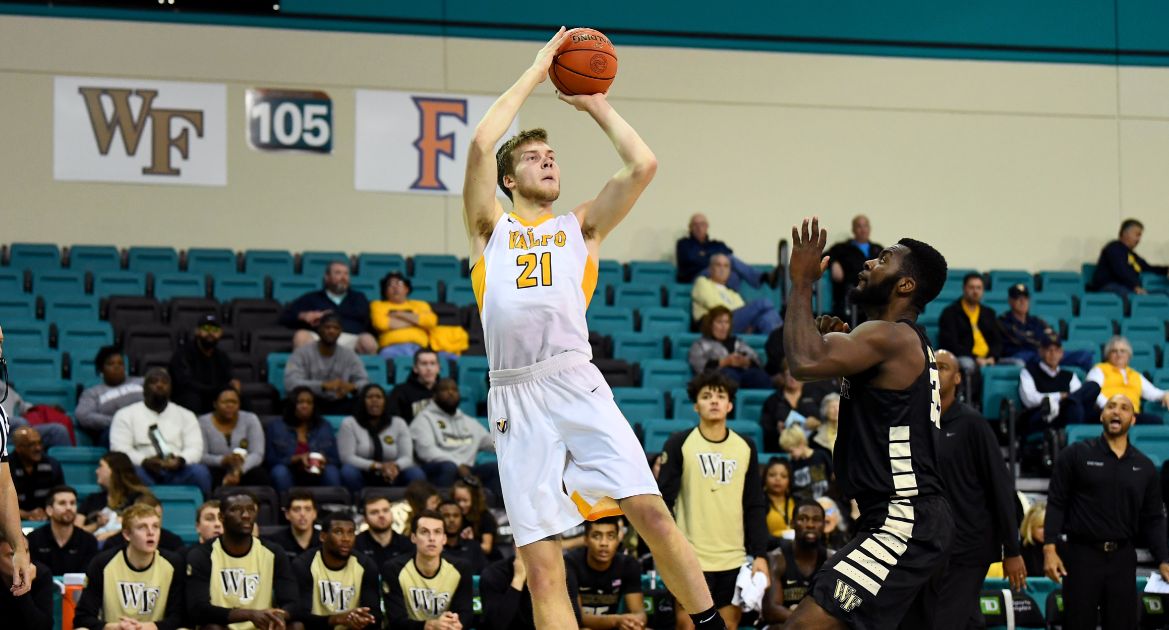 The Valparaiso University men’s basketball team went toe-to-toe with ACC foe Wake Forest in the fifth place game at the Myrtle Beach Invitational in Conway, S.C. on Sunday morning, but the Demon Deacons took the lead for good with 15 minutes to play as Valpo fell by a 69-63 final score in its tournament finale. Junior Derrik Smits (Zionsville, Ind./Zionsville) set a new career high by scoring 23 points.

Valpo (2-2) returns home to the ARC for a Thanksgiving appetizer on Wednesday evening, as it hosts SIUE at 7 p.m. The game can be seen live on ESPN+.