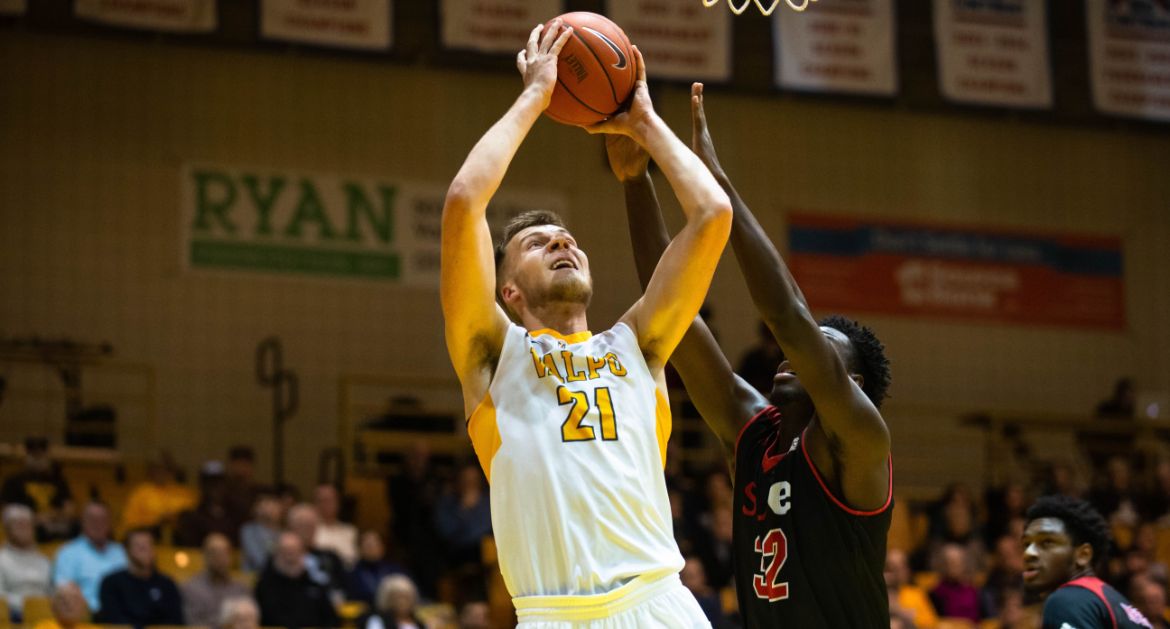 The Valparaiso University men’s basketball team rallied from an early nine-point deficit to take the lead in the first half, and then went shot for shot with West Virginia through the first 10 minutes of the second half, but the Mountaineers pulled away in the last 10 minutes as Valpo fell by an 88-76 final in Morgantown, W.V. Senior Deion Lavender (Alton, Ill./Marquette Catholic [UAB/Southern Illinois]) handed out 10 assists without committing a turnover, while junior Derrik Smits (Zionsville, Ind./Zionsville) finished with a team-high 20 points and five blocked shots.

Valpo (3-3) flies out to Las Vegas, where it will take on UNLV Wednesday night as part of the Mountain West/Missouri Valley Challenge. Tipoff is slated for 9:30 p.m. CT, with the game broadcast live on AT&T SportsNet Rocky Mountain.