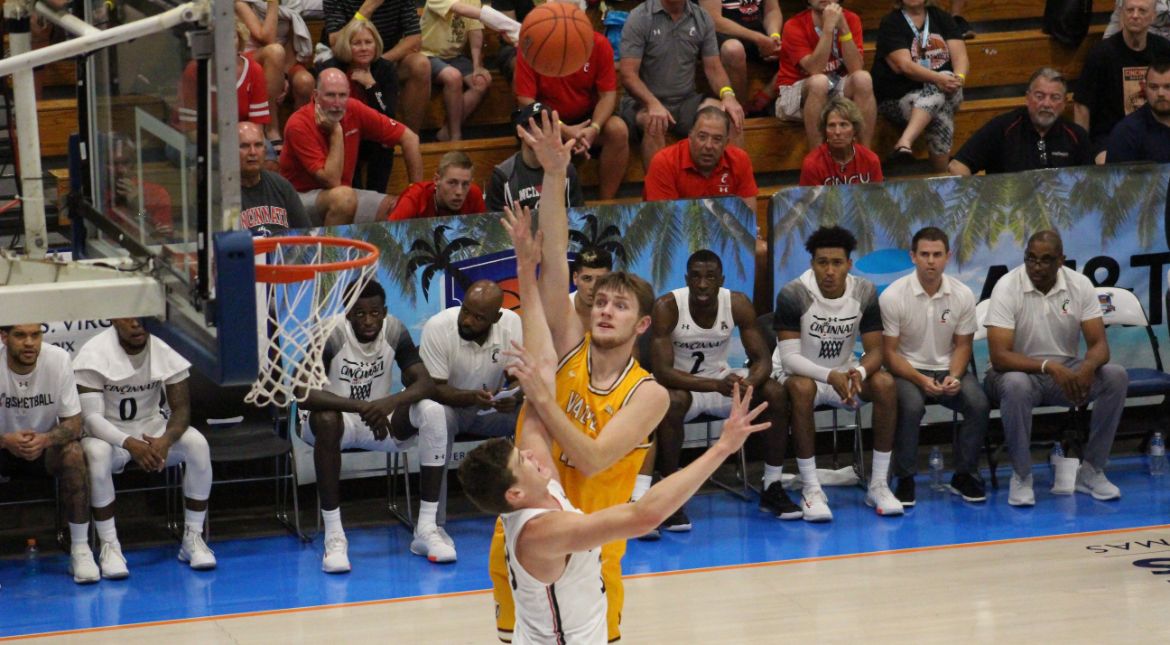 Emil Freese-Vilien chipped in two points, two rebounds, an assist and a steal on Monday.
Valparaiso at Cincinnati | November 25, 2019

The Valparaiso University men’s basketball team rallied from 12 points down to force overtime in Monday’s Paradise Jam third-place game in St. Thomas, U.S. Virgin Islands, but Cincinnati outscored Valpo 11-7 in the extra session to escape with an 81-77 victory. Javon Freeman-Liberty (Chicago, Ill. / Whitney Young) poured in a career-high 32 points to lead all scorers.

Valpo (4-3) will fly home on Tuesday in advance of Wednesday’s date with Trinity Christian College, which is slated to tip off at 7 p.m. at the Athletics-Recreation Center. The game is a nonbracketed portion of the Paradise Jam event and will be broadcast on ESPN3.