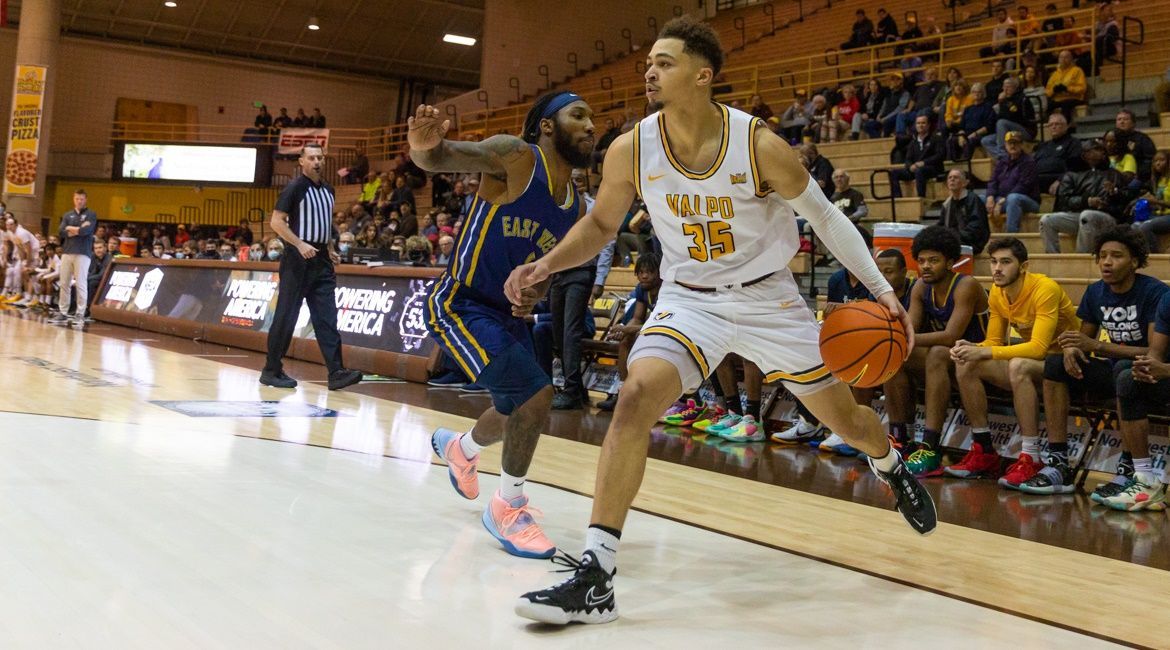 Kobe King made his Valpo debut on Tuesday and turned in 19 points.
East-West U. at Valparaiso | December 07, 2021
Related Links
Related Links

Kobe King (La Crosse, Wis. / La Crosse Central [Wisconsin]) can play basketball, that much was clear on Tuesday night at the Athletics-Recreation Center.

Appearing in his first game since Jan. 24, 2020, rust appeared minimal as King posted 19 points, five rebounds and four assists while shooting 9-of-13 to help the Valparaiso University men’s basketball team down East-West 101-58. King was the top story, about that there was little doubt, but the game featured a strong team effort that saw eight players score seven points or more and 10 score at least six en route to a fourth win in five games.

Valpo (5-5) will look to climb above .500 for the first time this season on Saturday afternoon as Charlotte comes to the ARC for a noon tip on ESPN+. The theme is Gold Out as students are encouraged to wear gold from head to toe. The first 1,000 fans will receive a gold rush t-shirt. For ticket information, visit valpoathletics.com/tickets.