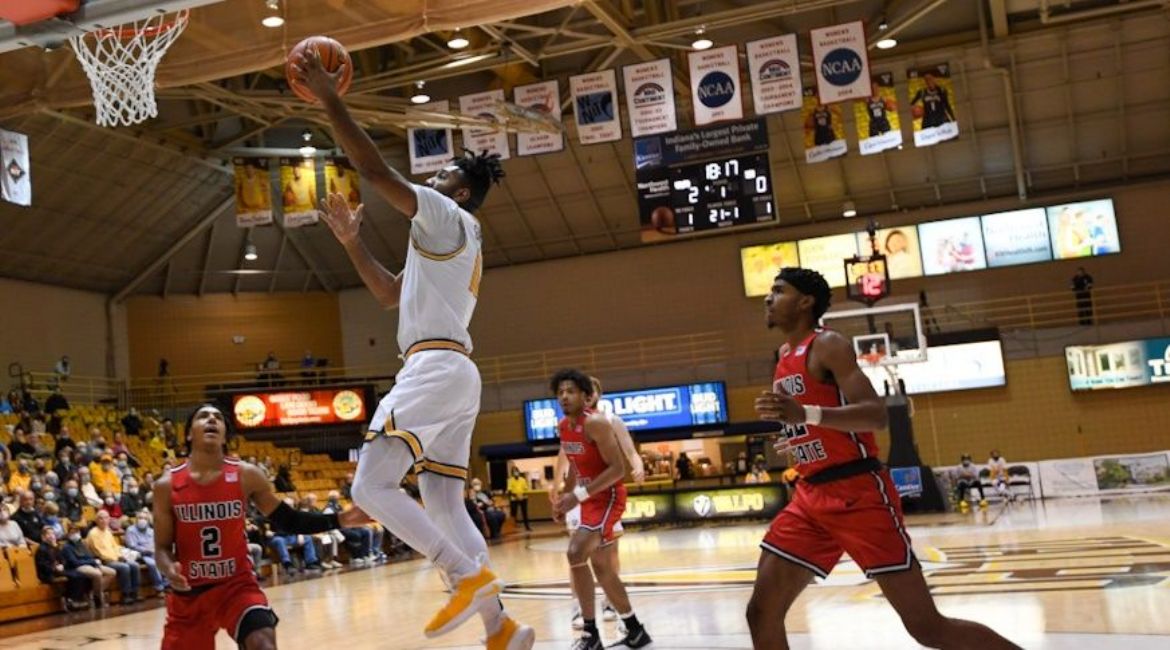 Missouri Valley Conference play resumed in a manner that was only fitting in a league known for its down-to-the-wire contests on Sunday afternoon at the Athletics-Recreation Center.

The Valparaiso University men’s basketball team began the continuous portion of the conference slate in a stressful yet satisfying manner by outlasting visiting Illinois State 81-76 in overtime. The game was the latest nail-biter in a head-to-head series that has featured no shortage of drama since Valpo joined The Valley.

Valpo (8-6, 1-1) will continue MVC play on Wednesday, Jan. 5 at UNI in a game that will begin at 8 p.m. Central Time in Cedar Falls, Iowa. The game will be televised regionally as part of the MVC TV Network package and will air on NBC Sports Chicago. In addition, the Valpo Sports Network will have the hometown radio call. Links to live coverage will be available on ValpoAthletics.com.