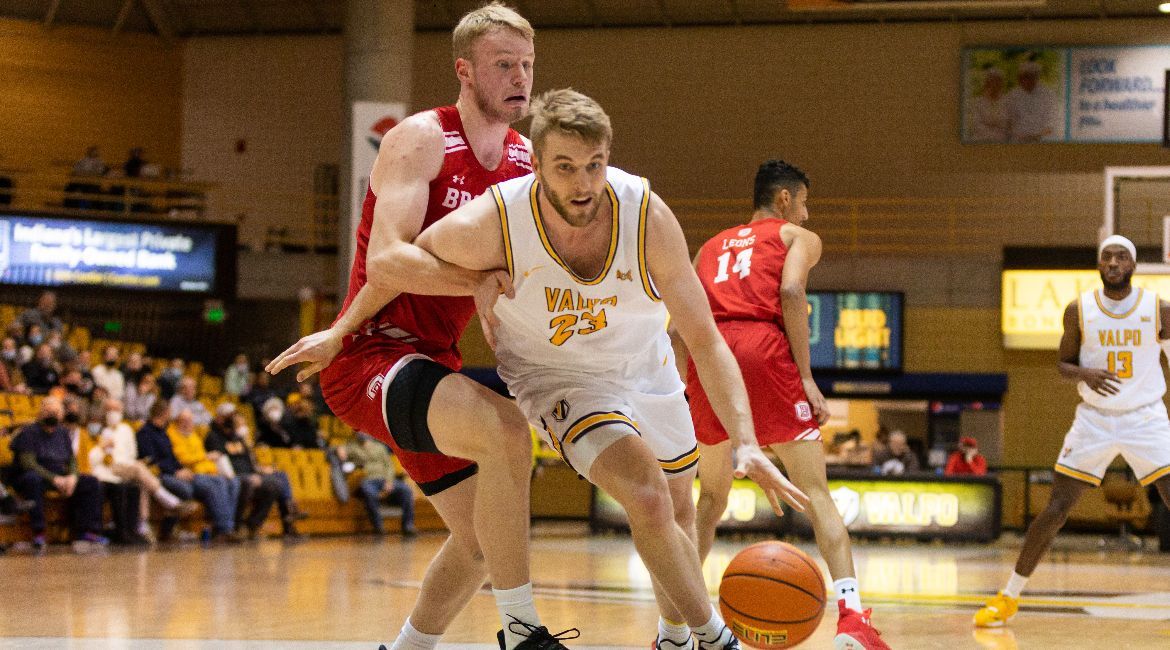 Ben Krikke was one rebound shy of a double-double on Sunday.
Valparaiso at Southern Ill. | January 30, 2022

Three Valparaiso University men’s basketball players scored in doubles figures and Ben Krikke (Edmonton, Alberta, Canada / Jasper Place) was a rebound shy of a double-double, but host Southern Illinois picked up a 77-55 victory on Sunday evening at the Banterra Center in Carbondale, Ill. The Salukis were led by a 22-point, seven-assist effort from Lance Jones.

Valpo (10-12, 3-7 MVC) will look to bounce back on Wednesday at 6 p.m. as Evansville comes to the Athletics-Recreation Center for a midweek showdown. The game will air on ESPN+ as well as 95.1 FM, The TuneIn Radio app and ValpoAthletics.com.