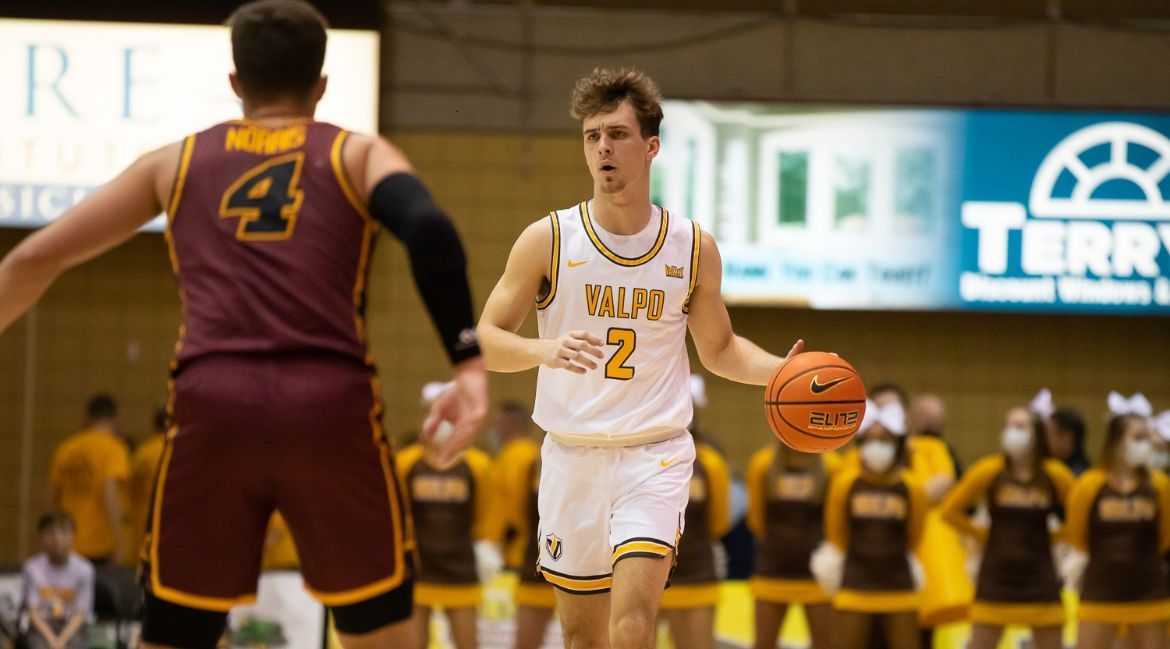 The margin between the joy of victory and the agony of defeat was razor thin yet again on Wednesday night at the Athletics-Recreation Center.

In a season filled with cliffhangers and in an all-time series that has seen its fair share of games come down to the wire, it was no surprise when the Valparaiso University men’s basketball team once again pushed first-place Loyola to the brink on Wednesday night at the Athletics-Recreation Center. But it was the visiting Ramblers who scored the game’s final basket with 57 seconds remaining in a 71-69 victory over the Beacons, a game that featured nine ties and 11 lead changes.

Valpo (11-15, 4-10 MVC) will begin a stretch of three games in five days on Saturday at Evansville in a contest that tips off at 1 p.m. Please note that the start time is different from the one originally listed. The game will air on ESPN3 as part of the conference-selected package in addition to airing on 95.1 FM Valparaiso, ValpoAthletics.com and the TuneIn Radio app.