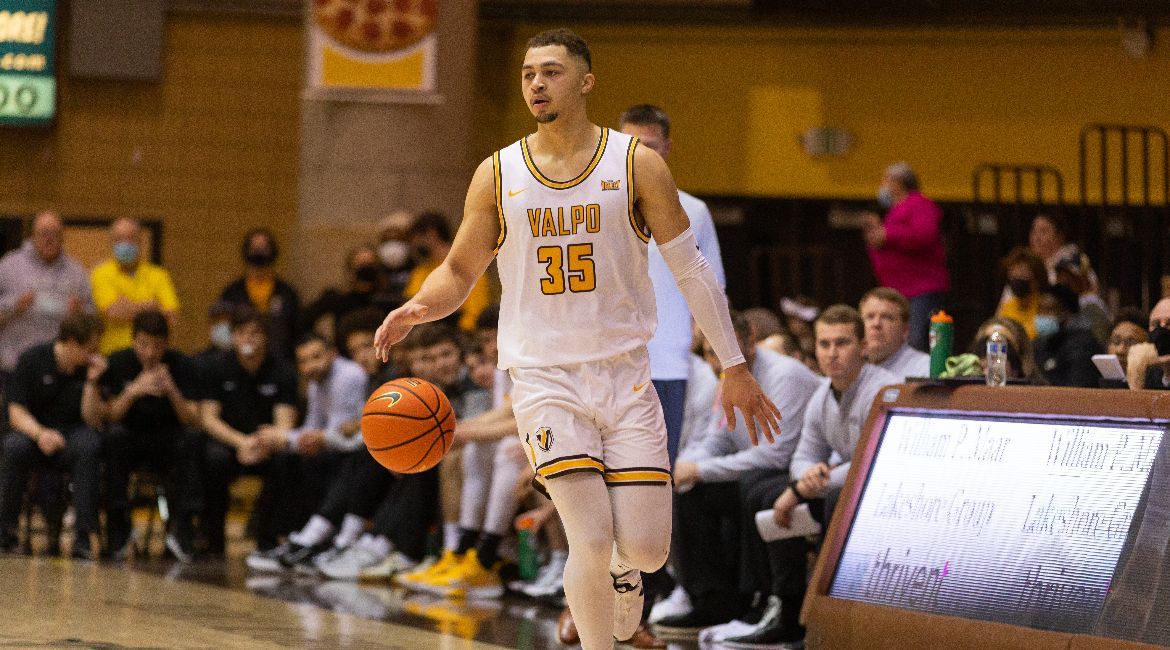 Boring was a positive quality for the closing minutes of Saturday’s game at the Ford Center in Evansville.

The Valparaiso University men’s basketball team gave fans a rare break from the late-game drama they’ve come to expect in a year filled with close contests by using a pair of first-half runs to build up a large lead that they would not relinquish in a 72-56 victory over the host Purple Aces. The dramatic victories were fun, but few were complaining after Valpo rolled to its second victory at Evansville since 1969.

Valpo (12-15, 5-10 MVC) and Evansville will face off again on Monday night at the Athletics-Recreation Center. The game will feature a 7 p.m. tip and will air on ESPN+. For ticket information, visit valpoathletics.com/tickets. The game was originally scheduled for earlier this month but was postponed due to a snowstorm.