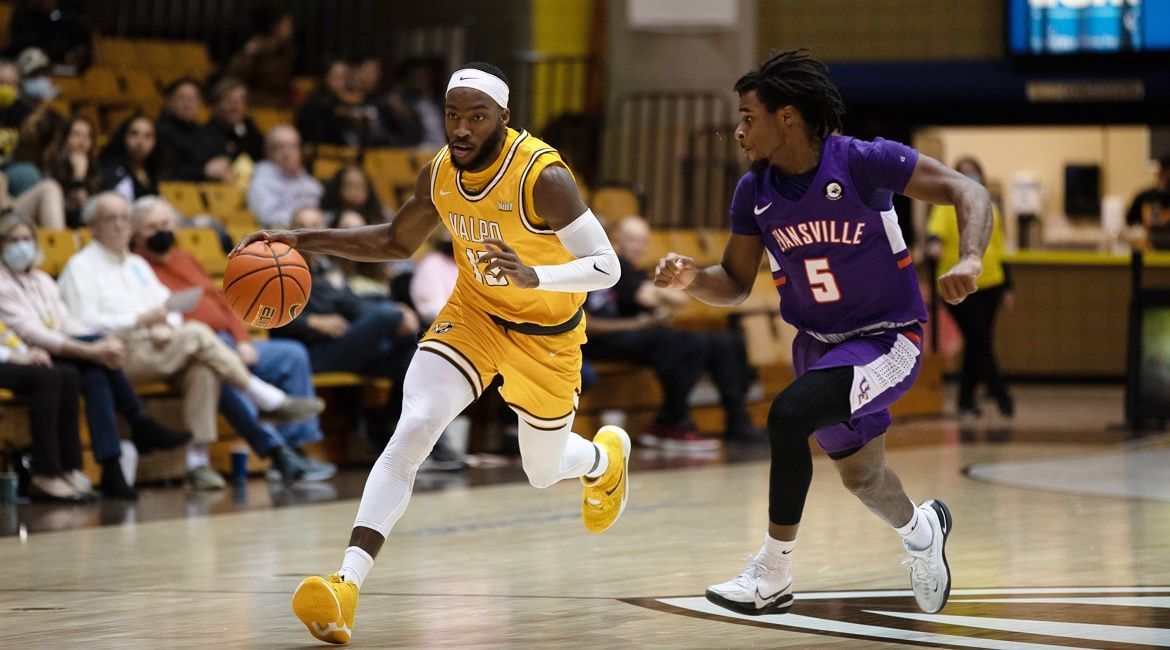 All is well that ends well for the Valparaiso University men’s basketball team.

Visiting Evansville scored the first 16 points of the second half, but the host Beacons showed the resiliency required to withstand the shaky stretch, flipping a double-figure deficit into a 74-69 victory on Monday night at the Athletics-Recreation Center. The two teams faced off for the second time in three days after beginning the season series in Evansville on Saturday afternoon. The start to the second half wasn’t the only adversity that Valpo had to overcome, as the Beacons played without two starters due to injuries.

Valpo (13-15, 6-10 MVC) won’t have long to rest as Drake will be in town for a 6 p.m. tip on Wednesday night. The game will air on ESPN+ and tickets are available by visiting valpoathletics.com/tickets. Kevion Taylor, Eron Gordon and Trevor Anderson will be celebrated on Valpo’s Senior Night, the final home game of the regular season.