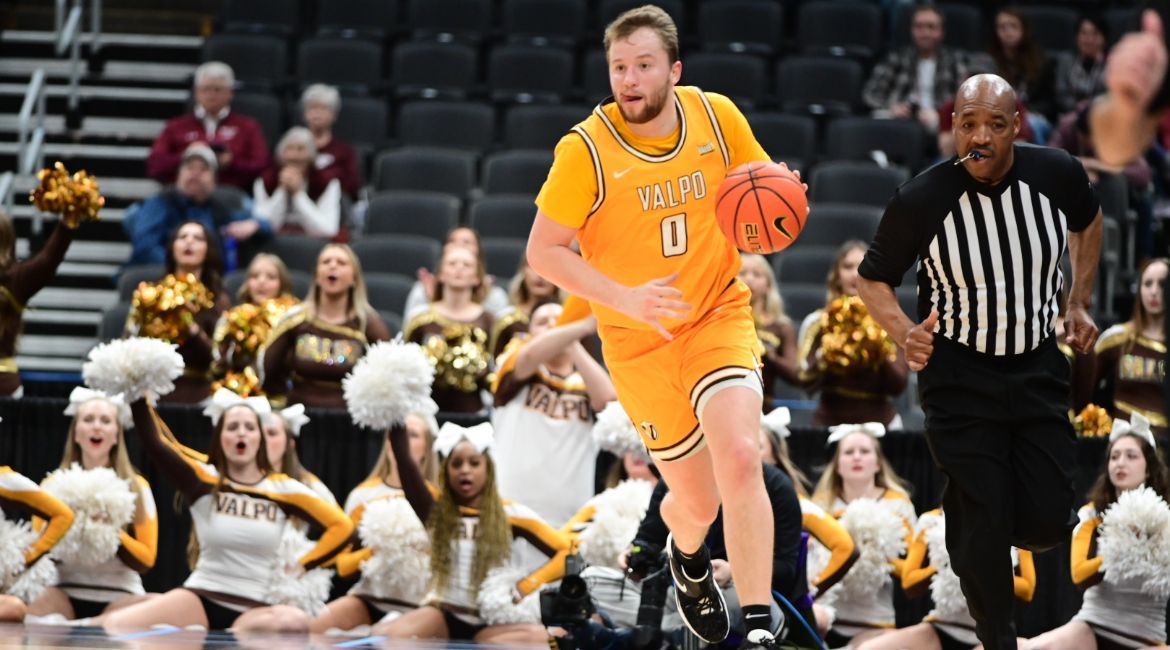 Thomas Kithier posted his highest output against an MVC team this season on Friday.
Valparaiso at Missouri St. | March 04, 2022

The Valparaiso University men’s basketball team saw its hopes of repeating its 2020 run from the opening round to the championship game at the State Farm Missouri Valley Conference Tournament dashed on Friday as the seventh-seeded Beacons fell to second-seeded Missouri State 67-58. Thomas Kithier (Macomb, Mich. / Clarkston [Michigan State]) turned in his top scoring output against a league foe this season while battling through a back injury for the second straight night. Valpo was playing the second game of a back-to-back, while Missouri State was competing in its first game of the tournament.